Having enjoyed an outstanding year in 2020, 2021 began in a similar fashion for Southampton striker Danny Ings, who netted his 50th Premier League goal with a looping finish in a 1-0 victory over his former club Liverpool. 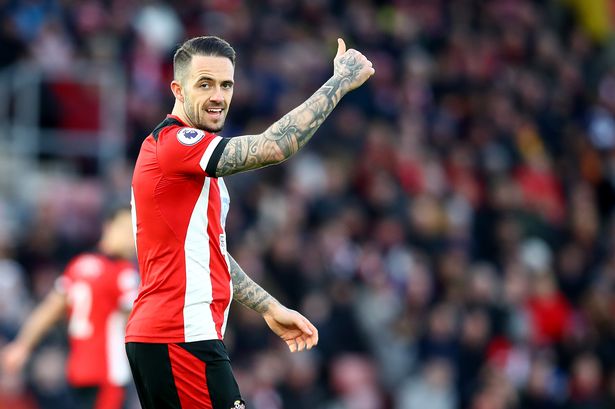 It must’ve been a special moment for Ings personally, whose career in the Premier League has had a number of difficult setbacks including two years of injury hell at Liverpool and suffering relegation with Burnley. However, after netting 11 Premier League goals for the Clarets and 3 more for the Reds, Ings has finally found consistent form and fitness with boyhood club Southampton, having netted 36 times for the Saints in the space of just two and a half seasons.

Here we look back on the defining moments in the road to this goal landmark, and celebrate some of Danny Ings finest strikes in the top flight of English football.

After both Ings and Burnley endured a difficult start to Premier League life following promotion in 2014, the striker netted the first goal of his top-flight career against Everton in late October. Played through on goal by Lukas Jutkiewicz, Ings confidently took the ball around Tim Howard before finishing into an empty net.

It was a moment that kick-started some good form for the striker who went on to score a total of 11 league goals that season. However, the same could not be said for his team, who finished 19th and were relegated the following May, as Ings moved on to Liverpool.

Two and a half years after leaving Merseyside for the South Coast, Ings came back to haunt his former side by scoring the winner in a 1-0 triumph to condemn the Reds to their second defeat of the season.

After being found in the box by a James Ward-Prowse free kick, Ings scored with a brilliant looping finish over Alisson in just the second minute of the match. It was a special moment for the England striker which led the Saints to their finest win of the season, and reminded everyone that he is without question one of the most lethal finishers around.

During his time as a Premier League player it’s fair to say that Ings has been no stranger to the spectacular, but his winning goal against Spurs on New Year’s Day 2020 was perhaps the finest of his career.

Receiving a long ball from Jack Stephens, Ings brilliantly flicked the ball over the head of Toby Alderweireld before smashing the ball into the bottom corner on his weaker foot.

Southampton saw the game out 1-0, continuing on an upturn in form at the time, largely inspired by Ings, that helped propel the team far away from the dangers of the relegation zone.

The aforementioned good form that Ings and the Saints enjoyed during late 2019 and early 2020 really began with a victory over Watford on November 30th.

Having endured an abysmal eight match winless run including their now infamous 9-0 defeat at the hands of Leicester City, the Saints looked to be sliding further into misery when they went 1-0 down to Watford. Once again, Danny Ings was the saviour for the Saints, volleying in from close range to equalise as Southampton went on to win 2-1.

Ings’s goal led to a vitally important win that began to turnaround their season, and without it, it could very well have been the end of Ralph Hasenhuttl’s time as Southampton manager, a scenario that is now almost unthinkable.

Although Ings only scored 3 Premier League goals in an awfully unlucky and injury-hit career as a Liverpool player, his goal for the Reds against West Bromwich Albion in the Spring of 2018 was one that represented a personal triumph for the striker and helped to reignite his career.

A forgotten man at that point who hadn’t scored in over two and a half years due to recurring injuries, Ings slammed the ball into the net from close range following Georginio Wijnaldum’s set up in an eventual 2-2 draw.

It was a goal that brought Ings widespread recognition of his pedigree as a goal-scorer and reminded many fans of his quality and ability. A few months after this goal he secured his move to Southampton, and the rest, as they say, is history.