Arsenal have contacted the entourage of Eintracht Frankfurt midfielder Jesper Lindstrom over a potential January move to the Emirates Stadium. 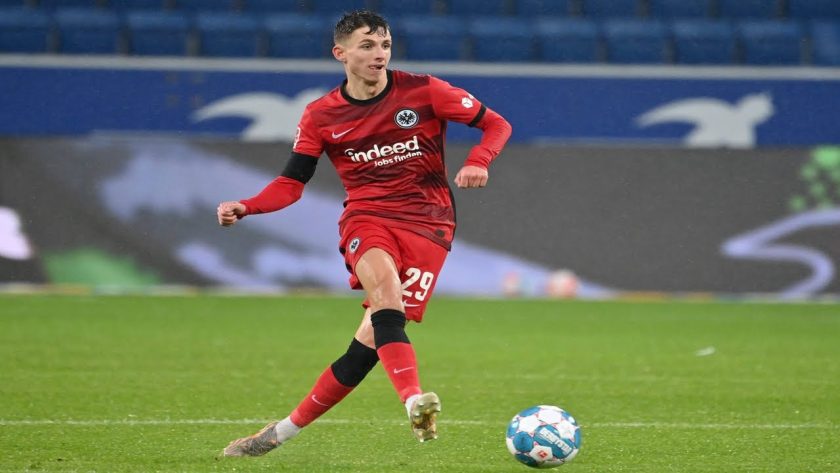 Jesper Lindstrom, 22, arrived at Eintracht Frankfurt from Brondby IF last summer and impressed in his first season in Germany, registering five goals and as many assists in 29 league appearances. He played a crucial role in Frankfurt’s dream run to the Europa League finals, where the German outfit won 6-5 in the penalty shootout against Rangers.

The Denmark international has started the new campaign well with three assists from 10 games, which has caught the attention of Arsenal. The Gunners have opened initial talks with Lindstrom’s representatives, and it is reported that a fee of £17 million would be enough to sign him in the winter transfer window.

Leicester City midfielder Youri Tielemans was heavily linked with a summer move to Arsenal. The Foxes were expecting a bid from Mikel Arteta’s club for the central midfielder, but eventually, it didn’t arrive and he stayed at the club.

Tielemans has entered the final year of his contract at Leicester City and can move on a free transfer next summer, or in January for a knock-down price. The Belgium international’s form has nosedived this season, as Brendan Rodgers’ team continues to struggle in the Premier League with no wins in seven games so far.

Despite his desire to move away from the King Power Stadium, the 25-year-old midfielder has started six of those seven games. With Arsenal apparently in the market for a midfielder, maybe Tielemans’ name will be back on their agenda in January. As of now, though, it looks like the Gunners have cooled down their interest in the Leicester City man.

Arsenal secured five signings in the summer transfer window, with an estimated transfer cost of close to £120 million. Owing to injury problems, Mikel Arteta did push for the signing of a central midfielder late in the window. The Gunners failed to pursue Douglas Luiz on the deadline day, as Aston Villa rejected three bids.

Thus, there is every chance Arteta demands the club for the signing of a midfielder when the transfer window reopens. Jesper Lindstrom is the latest name to be linked with Arsenal. In Martin Odegaard, Emile Smith Rowe and Fabio Vieira, the north Londoners are well stocked in the attacking midfield position. Thus, it wouldn’t make sense to add another player in the same position in January.

However, Lindstrom can operate on either flank, and his versatility, creativity, work ethic and vision could hugely benefit Arteta’s Arsenal in the race for a top-four finish, if they end up securing his signature.