Liverpool have had a €20m bid for young defender Wilfried Singo turned down by Serie A club Torino as they demand €30m, with AC Milan also believed to be interested. 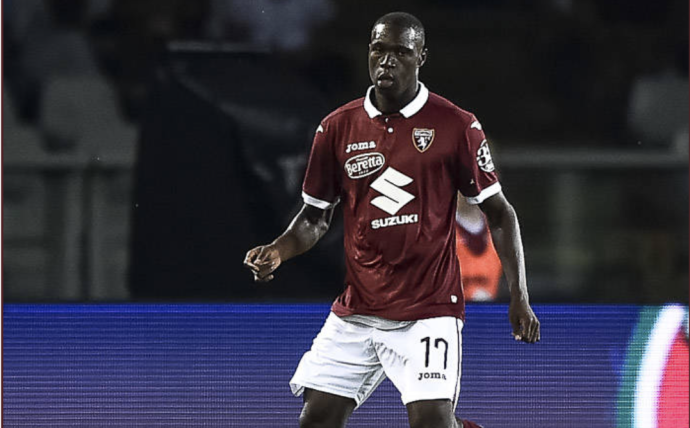 A youth product of Ivorian club Denguele, Wilfried Singo, 20, joined Torino in the summer of 2018. He made his senior team debut for Torino in a 4-1 Europa League victory over Hungarian club Debreceni in 2019. The defender made his league debut in June 2020 and played just four times in Serie A last season.

Singo has impressed with his displays, cementing down his place in the Torino starting XI. He has made 21 Serie A appearances, registering a goal and three assists so far. However, with the Turin-based outfit embroiled in a relegation battle, they may struggle to keep hold of the talented wing-back if they go down.

Meanwhile, Liverpool are fighting tooth and nail to secure a top-four finish this season. The Merseysiders, who are seventh in the table, have 46 points with nine games to go, while traditional rivals Everton are on same points but with a game in hand. With West Ham and Tottenham currently occupying the fourth and fifth positions respectively, the Reds’ realistic chance of playing Champions League football next season simply lies in winning the elite European competition this term.

Injuries have played a big role in Jurgen Klopp-managed side’s downfall this season. Losing an entire set of centre-backs, plus back-up option in Fabinho, has affected Klopp’s style of play. They have also been short of goals, with the Reds even struggling to buy a goal at Anfield of late.

The front three of Sadio Mane, Roberto Firmino and Mohamed Salah haven’t been at their best, while full-backs Trent Alexander-Arnold and Andrew Robertson’s goal contributions have dipped this season. Alexander-Arnold and Robertson’s combined goal contributions stand at 10 after the completion of 29 league games—12 less at the exact same juncture last season. (Stats courtesy: transfermarkt)

Trent Alexander-Arnold has established himself as arguably the best right-back across Europe, with the right-back playing a pivotal role in Liverpool’s 2019/20 Premier League title triumph. However, he has suffered a massive dip in form this term that has in turn majorly affected Liverpool’s productivity.

The 22-year-old has been a regular in the England set-up since breaking into the side ahead of the 2018 World Cup but his disappointing campaign with Klopp’s side has seen manager Gareth Southgate omit him for this month’s 2022 World Cup qualifying matches against San Marino, Albania and Poland.

Certainly, Alexander-Arnold can do with some competition, as backup Neco Williams hasn’t done enough to push the England international.

It is important for Liverpool to improve their defence in the summer after conceding 36 goals in 29 games. The right-back area needs to be strengthened, and signing a player that could cover and compete with Alexander-Arnold should be ideal. In that regard, Wilfried Singo could be that player for Klopp’s Reds.

Singo would add quality to Liverpool’s backline, whilst giving some much-needed competition to Alexander-Arnold. All in all, the Reds should definitely attempt to sign the young wing-back from Torino.