Manchester City are keeping tabs on Adrien Rabiot, with Juventus willing to sell the midfielder and Aaron Ramsey for the right price this summer to free up funds for the dream return of Manchester United’s Paul Pogba. 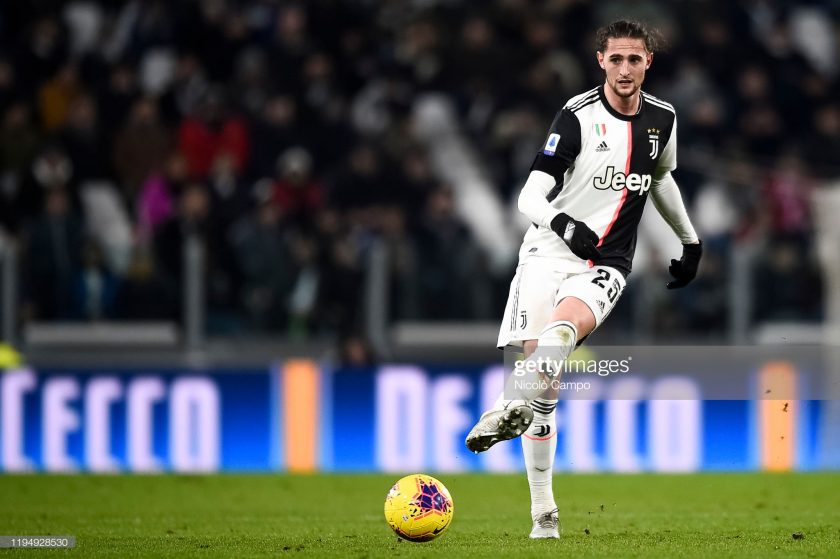 Adrien Rabiot, 25, joined Juventus on a free transfer in the summer of 2019 following a sour exit from Paris Saint-Germain. He took time to settle at Old Lady but soon became a mainstay under former manager Maurizio Sarri.

The French midfielder has scored three goals through 35 appearances across all competitions under new Juventus boss Andrea Pirlo, missing just three games so far this season. However, with Juventus keen on signing Paul Pogba and Sassuolo midfielder Manuel Locatelli this coming summer, Rabiot and Ramsey could be shipped out to free up funds as well as space in the squad.

Meanwhile, Manchester City are running away with the Premier League title as they find themselves 14 points clear at the top of the table, having played a game more than second-place Manchester United. The Cityzens have recovered magnificently after a slow start to the season, with Pep Guardiola still on course to win an unprecedented quadruple.

Man City must prioritise signing a striker this summer

Star striker Sergio Aguero’s contract at the Etihad Stadium continues to wind down with no signal of an extension. The 32-year-old, who became a cult hero after scoring the winner against QPR that delivered City the title in 2012, will become a free agent in June. Recurring injuries and fitness problems over the last few seasons has seen the Argentinean miss a lot of football for Guardiola’s side.

Aguero’s potential departure at the end of the season would leave Guardiola with Gabriel Jesus as the only out-and-out number 9 in the squad. Jesus has blown hot and cold this season and isn’t yet ready to replace Aguero. So, that should make signing a world-class goalscorer one of Guardiola’s top priorities ahead of the new campaign.

Fernandinho yet to decide his long-term future

Fernandinho has been a great servant for City since joining from Shakhtar Donetsk in 2013, playing a pivotal role in the club’s success throughout. However, he is in his twilight and coming close to the end of his contract. The veteran Brazilian remains one of City’s most important players but he has fewer than three months remaining on his current contract. Should the club not offer him a new deal, Fernandinho would walk away for free in the summer.

Adrien Rabiot had a brief spell in City’s academy before breaking into PSG’s first-team as a teenager. He won 18 major honours during his seven-year stay with the Parisiens. The experienced midfielder may not have been fully convincing at Juventus so far but he is a top player who’ll certainly improve City’s midfield.

The Frenchman can play in various midfield roles and give Guardiola the chance to rotate his squad more often next season. Rabiot can also operate as a defensive midfielder, so he could battle with Rodri to replace Fernandinho in the long run. He would suit City’s style of play with his defensive diligence and passing abilities.

Therefore, City must not hesitate to splash the cash to sign Rodri from Juventus in the summer.