The Borussia Monchengladbach forward has been reportedly watched by Europe’s top clubs. 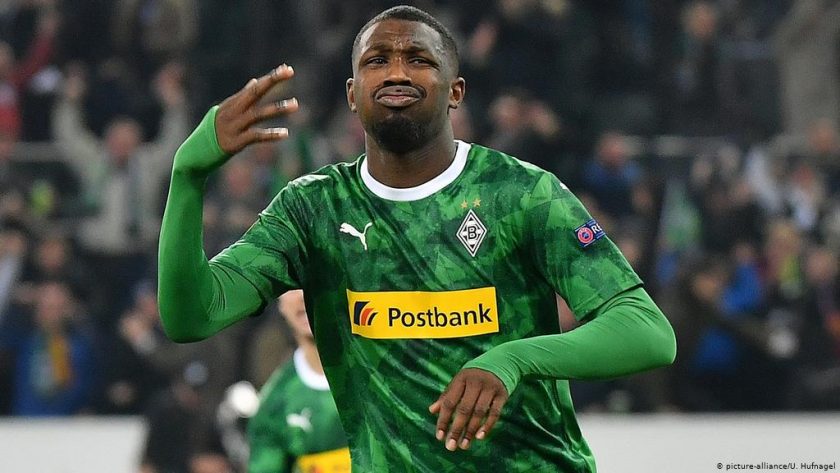 Barcelona and Real Madrid are reportedly keeping tabs on Borussia Monchengladbach striker Marcus Thuram as both the clubs are looking for attacking reinforcements next summer. Thuram Jr, the son of legendary footballer Liliam Thuram, has been slowly gaining interest from Europe’s top clubs, which includes the likes of AC Milan and Juventus, after his impressive performances with Gladbach.

Barcelona have failed to sign a centre-forward in the summer transfer window, and Thuram Jr could be a good addition, though he excels both as a left-winger and striker. Barca manager Ronald Koeman had earlier expressed his desire in wanting a striker, but he wasn’t able to get one in the transfer window. However, Lyon ace Memphis Depay remains a top target for the Catalans since he is favoured by Koeman. Depay came close to joining the Blaugrana on the deadline day, but a deal never materialized. However, Koeman suggested that the Blaugrana will go for his compatriot in January.

“That (a move for Depay) is certainly a possibility. I will try, because I would like to have him here,” he told an interview with Dutch outlet AD.

“But I cannot estimate now what the financial situation of the club is in January. We will have to wait to see it.

“I do not have the role to decide this, it depends on the club. For me, it is a matter of waiting. We want Memphis because he is a great player and because he has qualities that, in my opinion, we lack, especially in depth in our attack.”

Elsewhere, Real Madrid are also looking for attacking reinforcements next summer, having failed to sign any in the recent window. Kylian Mbappe, Erling Haaland are said to be some of the desired targets for Los Blancos.

Thuram Jr has been impressive for Gladbach since joining them in 2019. In his first season in Bundesliga, he racked up a total of 14 goals and 9 assists in all competitions while helping Marco Rose’s side earn a place in the Champions League.

The 23-year-old has carried his form to tis season well, getting off to a stellar start in his first-ever Champions League campaign. Thuram scored a double against Real Madrid in the 2-2 draw while registering an assist apiece in the games against Inter Milan and Shakhtar Donetsk. Thuram is pivotal behind Gladbach topping Group B in the Champions League.

Furthermore, his performances have also led to his first senior call up to the France national team for November fixtures against Finland, Portugal and Sweden.