Barcelona have been forced to rely on their youth system, this season. The former La Liga champions’ financial struggles have prevented them from splashing the cash, and instead, turning to the La Masia products.

Luckily for the Blaugrana, the likes of Gavi, Nico, Ez Abde, and Ferran Jutgla have come good for them. So much so that Xavi has relied heavily on Gavi and Nico. 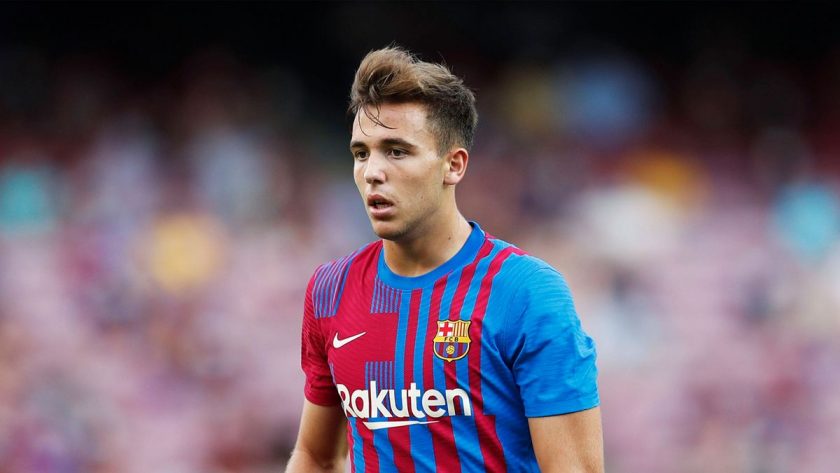 Barcelona are said to be in talks with Gavi over a contract renewal with the player said to be keen on staying at the club. The agreement is soon expected and is considered only a matter of time. With that said, the future of Ronald Araujo is also being discussed with the Urugyuan international proving to be the best defender for Barca this season. Both Gavi and Araujo’s contracts expire in 2023 and the Los Cules want to tie down the duo for years to come.

Nico is tipped to be the like-for-like replacement for Sergio Busquets and with his potential, he could well overtake the veteran. Nico has done well for Barcelona this season, scoring twice and assisting once, having made 20 appearances for the Blaugrana in the La Liga. He has been heavily utilized by Xavi, further indicating that Barca are willing to count on Nico, with Busquets on the wrong side of the thirties.

The source understands that the teams interested in signing the 20-year-old are looking to take advantage of the Los Cules’ current financial situation by offering a lucrative offer. There is slim to no chance that any team would even consider triggering the €500 million release clause in the player’s contract.

Barca are in no hurry to tie down Nico with a new contract, with his existing one expiring in 2024. However, there have been talks within the club to increase the salary of Nico, proportionate to his performances, Marca claims.

As per Marca, Manchester City have been following Nico’s growth for a while now and already share a relationship with the Spaniard’s family. The midfielder’s father, Fran Gonzalez was an employee at Manchester City.

How could it play out?

Nico is in favor of staying at Barca and it does not look like he has any intention of leaving the club in the near future. The player is said to be happy with his current situation at the club and is ‘comfortable’. That being said, it could all change for the 20-year-old if Barca make new additions to the midfield department and Nico is pushed down the order.

However, at this stage, it looks unlikely that the former La Liga champions would discard Nico as an option, considering that he has been vital in Xavi’s scheme of things for this season.