Manchester United were among a host of clubs to have scouts watching Darwin Nunez power Benfica to an impressive 3-0 victory over Barcelona in the Champions League on Wednesday. 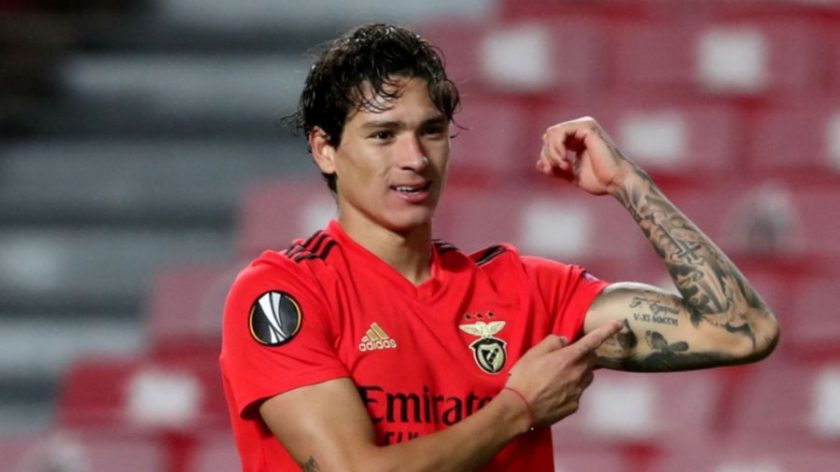 The Uruguayan international opened the scoring in the third minute after running onto Julian Weigl’s long pass, before cutting back inside onto his right foot and slamming the ball low past Marc-Andre ter Stegen. He almost scored a bizarre goal as Ter Stegen raced out of his box, and though the striker struck the base of the post with his shot from distance, the 22-year-old made no mistake from the spot in the 79th minute.

Liverpool, Bayern Munich, Manchester City, AS Roma, Juventus, Atletico Madrid, Chelsea and Arsenal were among the other heavyweights with their scouts present at the Estadio Da Luz. Nunez, after a difficult debut season in Europe last time out, has begun this term firing all cylinders with six goals in seven games across all competitions.

Manchester United bolstered their attacking options over the summer with the additions of Jadon Sancho and Cristiano Ronaldo. Ronaldo, 36, has returned to Old Trafford after 12 long years, joining the likes of Marcus Rashford, Edinson Cavani, Anthony Martial and Mason Greenwood in the Red Devils attack.

The Portuguese megastar has made an instant impact with five goals in as many games across all competitions. Ronaldo is delivering the goods and in big moments, as he did against Villarreal in the Champions League on Wednesday, but no one can deny the fact that he isn’t a spring chicken and has to be managed well by Solskjaer.

Edinson Cavani, 34, likewise, is ageing and has less than a year remaining on his current deal at Old Trafford. With the Uruguayan international likely to leave at the end of the season, Marcus Rashford yet to play this season after undergoing shoulder injury and out of sorts Anthony Martial seemingly on the chopping block with the club has given the Frenchman’s representatives the go-ahead to look for a new club, Ole Gunnar Solskjaer should make the signing of a striker one of his priorities next summer.

Is Darwin Nunez the right fit at Old Trafford?

Darwin Nunez began his career at Penarol before joining Almeria in La Liga 2 in 2019. An impressive season with Almeria in La Liga 2 saw Benfica snap him up last year for a club-record fee of €24 million. After blowing hot and cold in his debut campaign in Portugal, he is banging goals left, right and centre for Benfica under manager Jorge Jesus.

The four-cap Uruguayan international ticks all boxes for Solskjaer’s United. He is young, dynamic and strong with great pace and energy. Nunez can also play off the left when required but bursts into life in the box. The former Almeria man is a real handful in the air, can run down the channels and link play well in and around the box before finishing off chances with sheer ruthlessness.

All in all, Nunez fits the bill perfectly at Old Trafford and Solskjaer must go all out for him in the summer of 2022 to potentially replace Cavani.