Arsenal are among a few big clubs chasing the signature of Crystal Palace winger Michael Olise. 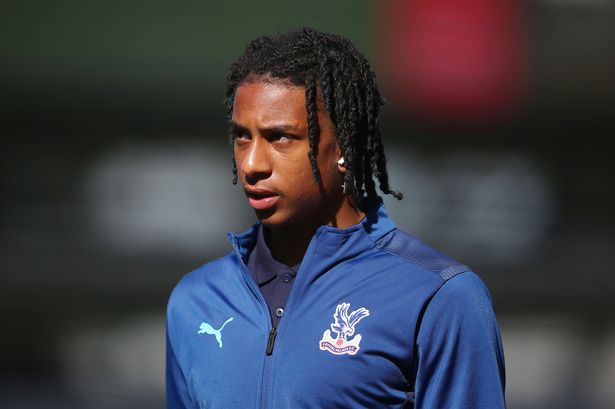 Michael Olise, 20, moved to Crystal Palace from Reading last summer, signing a five-year contract at Selhurst Park in the process. After a slow start to life at Crystal Palace, the Frenchman has become an integral member of Patrick Vieira’s side of late. He has made 18 top-flight appearances, registering two goals and four assists to date.

The youngster’s form has gone unnoticed and the Eagles are already glaring at the prospect of losing him in the next window, with Everton, Chelsea, Bayern Munich and Lille also interested in the player. Palace do not want to lose Olise after just one season and will do everything possible to ward off all potential suitors when the summer transfer window opens.

Meanwhile, Mikel Arteta’s Arsenal are already preparing for the next season as they look to operate in the transfer market in the summer. The north Londoners, after spending close to £150million on six players before the start of the season, chose to stay quiet in the past January window. They have recovered very well after a torrid start to the season and remain very much in the mix for a top-four finish.

Nicolas Pepe has impressed in patches since his £72m move from Lille to Arsenal in 2019.

The Ivorian was tipped for bigger things following his eye-catching displays at Lille, but he has failed to deliver the goods consistently for the Gunners. A lack of consistency has seen Pepe lose his spot in the starting XI, making just five Premier League starts so far this season.

In fact, the left-footed winger was also linked with a shock exit on January transfer deadline day. However, he ended up staying put at Arsenal. While Mikel Arteta has praised Pepe for returning from the Africa Cup of Nations a ‘different player’ and backed him to contribute chiefly until the end of the season, a lack of regular starts may prompt the 26-year-old to move on from the Emirates Stadium in the summer.

Should the Gunners launch a bid for Michael Olise?

Having failed to live up to his hefty price tag, Arsenal may decide to cut their losses on Pepe and invest in a young wide player in the next window. In that case, Michael Olise would represent an ideal target for the Gunners.

Olise is slowly emerging as one of the most talented young players in the Premier League and it is not a surprise to see some of Europe’s big clubs are vying for his signature. A left-footed right-winger, the 20-year-old is truly a nightmare for defenders when running at them at full tilt. Quick, Industrious and unpredictable with quick feet on the ball, the Frenchman can whip in great crosses in the box for the strikers to feast upon. He is also adept at taking set-pieces, which adds more value to his name.

As Arsenal have adopted the transfer strategy of investing in young players with great potential under Arteta, Olise fits the bill perfectly at the Emirates Stadium.