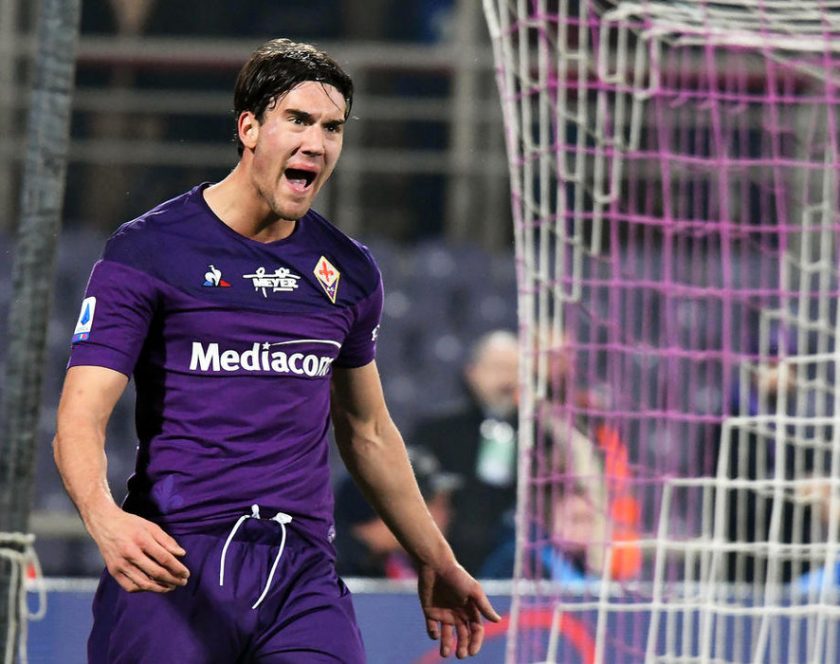 Tottenham Hotspur confirmed the appointment of Nuno Espirito Santo as their new manager on Wednesday, and with Fabio Paratici in as director of football, the club has lined up their first deal of the summer transfer window.

With Santo now at the helm and supported by Paratici, Spurs have opened talks over a move for the Fiorentina starlet Dusan Vlahovic.

Vlahovic, 21, came through Partizan Belgrade’s academy setup and made only 27 senior appearances for the Serbian side before being snapped up by Fiorentina as a teenager in 2018. Since arriving in Italy, he’s gone from strength to strength, developing into one of Europe’s top young strikers.

The seven-cap Serbian international enjoyed a brilliant last season with Fiorentina, scoring 21 goals and registering two assists on top of that in 40 appearances. However, the La Viola finished a disappointing 13th on the Serie A table and therefore, Vlahovic is looking to take the next step in his career this summer.

Big summer transfer window ahead for Nuno and Spurs

This is a big summer transfer window for Spurs and Nuno must get his signings spot on after an underwhelming 2020/21 campaign. There is no Champions League football for the north Londoners next season, so it’ll be a tad difficult to attract top talents across Europe.

One of the most uphill tasks for Nuno and Tottenham will be to keep hold of talismanic striker Harry Kane, who has already expressed his desire to move elsewhere after the club finished down in seventh place this past campaign.

Kane, 27, who is currently with England for Euro 2020, has been heavily linked with a move to Manchester City. Spurs chairman Daniel Levy is reluctant to entertain any offers from Manchester City and believes he has an opportunity to keep hold of his star man despite the interest from their Premier League rivals.

The England international, one of Europe’s best strikers, is extremely vital for Spurs. Although the north Londoners had an underwhelming 2020/21 campaign, Kane is one of the very few players who can hold his head up high having registered 23 goals and 14 assists in the top-flight.

It’s crystal clear to see that Kane is Tottenham’s main man, and Nuno and Levy will loathe losing him this summer, especially to a Premier League rival in Manchester City. Interesting thing is that Manchester City were also interested to sign Vlahovic.

Dusan Vlahovic could be a top signing for Spurs

Regardless of what happens with Kane, Spurs do need a new striker having opted not to sign Carlos Vinicius permanently from Benfica after a return of just one goal in nine Premier League matches.

Dusan Vlahovic, on other hand, has caught the eye with his goalscoring exploits in an average Fiorentina side. After a poor 2019/20 Serie A campaign that produced only six goals, he has sharpened his skills in front of goal and developed his overall game in a span of 12 months.

The arrival of the big Serb will definitely help Nuno to bolster his attacking arsenal, whilst becoming the long-term replacement for Kane if he departs. Vlahovic is certainly a big talent and could develop his game further under the watchful eyes of Nuno. However, Spurs must pay £36 million to sign him from Fiorentina.