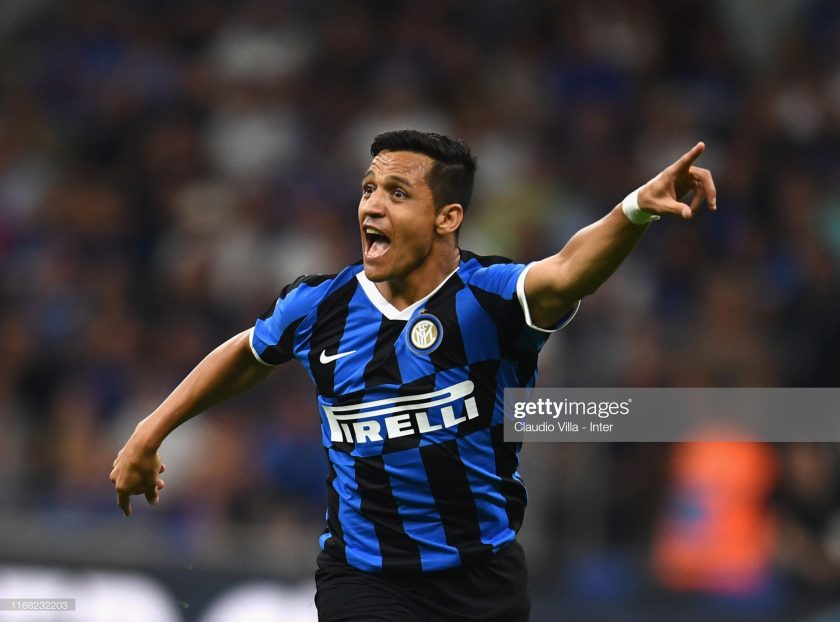 Alexis Sanchez, 32, left Manchester United on a free transfer to join Inter Milan last year after spending the 2019/20 season on loan with the Serie A club. Despite his injury problems and fitness concerns, the forward played 30 times in Serie A as Inter Milan won the Scudetto last term under former manager Antonio Conte.

However, the Chilean international has struggled for game time this term under new manager Simone Inzaghi, playing just three Serie A games so far. As a result, the 32-year-old is keen to quit Inter in January itself for regular game time elsewhere.

Everton are preparing a sensational move to bring Sanchez back to the Premier League and would be willing to propose a swap deal involving Turkish striker Cenk Tosun, who has recovered from a serious knee injury and has started light training. However, Inter are unlikely to take Tosun as they would prefer to sell Sanchez and get a decent fee.

Everton manager Rafael Benitez didn’t spend heavily during the summer transfer window—his first at Goodison Park—but focused mainly tapping on the free agency market. The likes of Andros Townsend, Asmir Begovic and Salomon Rondon have all arrived on a free transfer, while the Toffees spent just £1.7m to acquire the services of Demarai Gray from Bayer Leverkusen.

Both Townsend and Gray have played a crucial role in Everton’s bright start to the season, contributing with nine goals combined. The duo have combined very well in the final third and shouldered the responsibility of scoring goals in the injury absences of forwards Richarlison and Dominic Calvert-Lewin.

Does signing Alexis Sanchez make sense for the Toffees?

While there have been some obvious signs of promise, Everton will need to start getting positive results in this busy run of fixtures they are to push on for a respectable top-six finish.

13 goals scored in eight games is not a bad return, especially with first-choice forwards Calvert-Lewin and Richarlison having missed games lately. But Rafael Benitez would want more from players at the top end of the pitch and it won’t be a surprise if he decides to take a dip in the January transfer window for a prolific forward.

With that in mind, however, the Toffees’ interest in Inter Milan outcast Alexis Sanchez doesn’t strike the right chords for a number of reasons. Firstly, Sanchez’s age could be problematic, as at 32 he’s not someone who is getting any younger at the moment. Secondly, the Chilean has struggled with injuries and fitness problems over the last couple of years, so a return to the physical and fast-paced nature of Premier League football might make it difficult for him to regain the mojo that once made him a superstar in England with Arsenal.

Furthermore, having recently offloaded James Rodriguez, it doesn’t make any sense for the Merseysiders to bring in a player past his best and on hefty wages at Inter. Taking into consideration all the aforementioned factors, Everton would be better off dropping their interest in Sanchez.