Another week, another milestone reached. After Sadio Mane broke a century of Premier League strikes last weekend in a hammering of Watford, this time around it was the turn of a Watford player to achieve a landmark as Joshua King scored goal number fifty in his top-flight career. 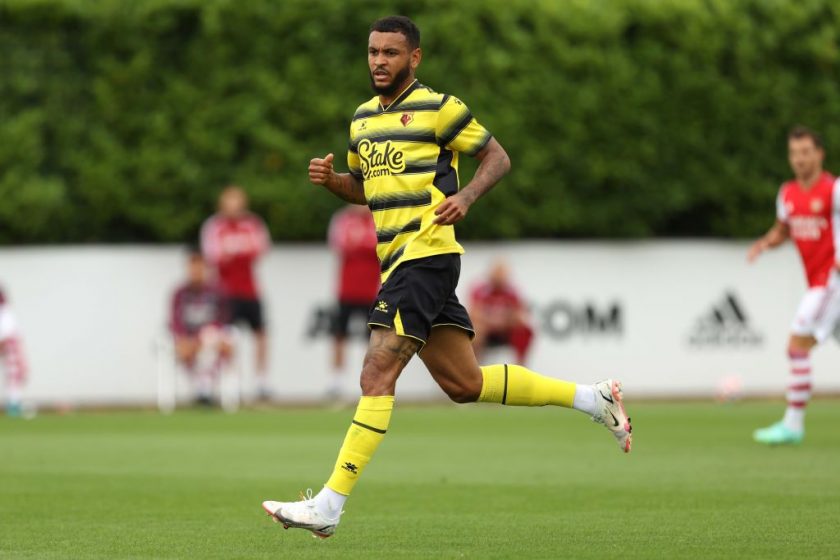 Since arriving on the scene with Bournemouth six years ago as an underachieving forward from Blackburn Rovers, it’s fair to say that King has exceeded expectations as a Premier League striker. Bournemouth’s record Premier League goalscorer, King struck 48 times for the Cherries over five years. After a brief, unsuccessful spell with Everton in early 2021, the Norway striker has rekindled his career with Watford, and it was against his former club on Merseyside that he scored goals number 49, 50 and 51 on Saturday.

Only the second Norwegian to reach a half century of Premier League goals, following Manchester United legend and current boss Ole Gunnar Solskjaer, it’s time to look back on the highlights of King’s Premier League career as he surpasses the half century.

Josh King arrived on the South Coast from Blackburn in the summer of 2015 ahead of Bournemouth’s maiden season in England’s top flight, and his first goal in red and black arrived that November, in a clash against Swansea.

A Bournemouth attack early in the game saw the ball ricochet to Junior Stanislas in a dangerous position, whose square ball was tapped home by King at the near post to put the Cherries 1-0 up.

Although the match finished 2-2 to leave Bournemouth mired in the relegation zone, it was a sign of things to come from King, who developed a habit during his time with the club of starting slowly and scoring much more regularly in the second half of the season.

Following an eventual relegation with Bournemouth and an insignificant spell at Everton, Josh King had to wait a very long time to get back on the Premier League goal trail. He’s been getting closer in recent weeks, and finally three goals came all at once for the striker, at Goodison Park of all places.

After opening his account for the Hornets with a poacher’s finish from a corner for Premier League goal number 49, goal number 50 then arrived soon afterwards in the latter stages of the game, as he brought down Emanuel Dennis’s cross to sidefoot home following a fine counter attack.

Eventually bagging a hat-trick in what would end as a stunning 5-2 win for Watford on the road, King certainly didn’t lack confidence for a player who hadn’t scored a Premier League goal since July 2020. This memorable performance might just be the catalyst for the 29-year-old to re-establish himself as a regular top flight goalscorer.

With 51 Premier League goals now to his name, it goes without saying that Josh King has produced some exquisite finishes down the years, but perhaps his finest goal came during his final campaign with Bournemouth, in a triumph over Manchester United.

Having brought down the ball in the box with his back to goal, King showed great strength to hold off both Victor Lindelof and Aaron Wan-Bissaka. He then flicked it over the latter’s head, showing great skill, before finishing on the volley at David De Gea’s near post.

A fantastic goal against the club who let him go as a youth player, it ended up as the difference maker in a tight contest as Bournemouth claimed a memorable 1-0 win over the Red Devils.

Nobody loved a goal against West Ham quite as much as Josh King’s long-time strike partner at Bournemouth, Callum Wilson. However, King got himself on the scoresheet against the Londoners a few times through the years as well, and it was against West Ham that King made one of his most important Premier League contributions.

On a poor run of form at the beginning of 2017, Bournemouth were winless in eight and desperately needed a result against the Hammers in order to keep the relegation battle firmly at arm’s length. After missing an early penalty, King scored twice, but his side were still heading towards a disappointing draw.

As the clock ticked over to 90 and Bournemouth poured forward, Jack Wilshere had a low shot saved before King fired home the rebound to claim a first Premier League hat-trick and send the Vitality Stadium into raptures.

The result moved the South Coast side six points clear of the relegation zone as they not only survived the drop but went on to finish 9th in the league, their highest ever placing.

With one strike against Manchester United already appearing in this list, for King’s most memorable goal we go all the way back to his second Premier League goal in 2015, which was also against United.

After an understandably slow start in their first Premier League season, Bournemouth were beginning to hold their own by December when they faced title-chasing Manchester United. With the scores level at 1-1 early in the second half, a low driven corner caught United cold and King rushed into the space to sweep home a fine finish.

It proved to be the winning strike as Bournemouth claimed their first truly giant scalp in the top flight with a legendary victory. This memorable moment was the launching pad for both King’s and Bournemouth’s top flight career, as the Cherries went on to claim victories over the likes of Liverpool, Arsenal, and several over Chelsea during their five-year stint in the Premier League.