Spurs and Juve are locked up in a transfer battle for the Napoli forward. 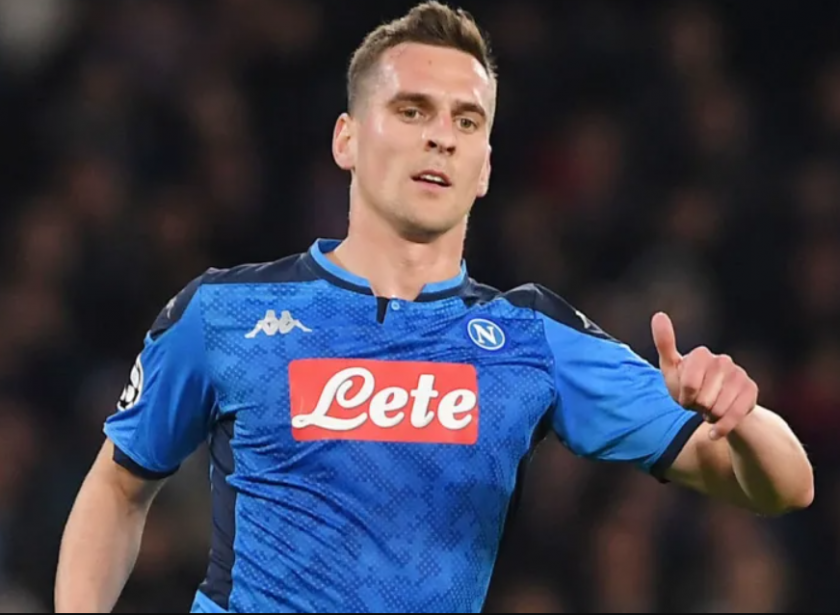 Tottenham are reportedly locked in a transfer battle for Napoli striker Arkadiusz Milik with Juventus. Spurs are in search of a new striker and to a lesser extent, a player who can deputise Harry Kane. Milik emerged as the strongest candidate for Spurs, but are now expected to face heavy competition from the defending Serie A champions. Maurizio Sarri is said to have handpicked Milik as the potential successor to Gonzalo Higuain, who could leave Turin at the end of the season. Atletico Madrid are also one of the suitors for the Polish striker, with the Spanish side preparing to offer him double the salary he currently earns with Partenopei.

With Napoli closing in on a blockbuster move for Lille striker Victor Osimhen, there are higher chances for Milik to leaves the Naples at the end of this season.

Spurs are currently deprived of striker options besides Harry Kane. Jose Mourinho had the chance to bring on a new striker to Spurs during the January transfer window – also when Kane was on the sidelines due to a serious thigh injury, but nothing went in the way Mourinho would have liked. Although Kane has returned to the fold – thanks to the COVID break, the Three Lions skipper has often shown the signs of rustiness notwithstanding his tally of 2 goals in 3 games. While it is expected that it will take time for the 26-year-old to return to his actual best after a long halt, there have been a lot of talks lately regarding whether Kane would suffer a lot under Mourinho’s pragmatic approach.

However, Mourinho was effusive on Kane’s first goal after the break and also stated that he would not consider selling the star forward at all cost.

Nonetheless, Milik would be a perfect fit for Mourinho’s big-time Counter-attacking approach. The Polish striker can be the ideal target man for the Portuguese manager and will help Spurs to be more lethal on quick transitions.

The 26-year-old is understood to be valued around £40m, but it remains to be seen whether Spurs would spend such amount on a position where Kane looks irreplaceable for the time being.

Furthermore, the North London club have fierce competitors in the form of Atletico and Juve, which makes it tougher for Mourinho & co to lure the Polish striker. Added to that, Spurs’ Champions League qualification will also be crucial, which at the moment looks a tedious one as Mourinho’s side are currently ninth in the Premier League table.