The Blues have signed two free agents from Ligue 1. 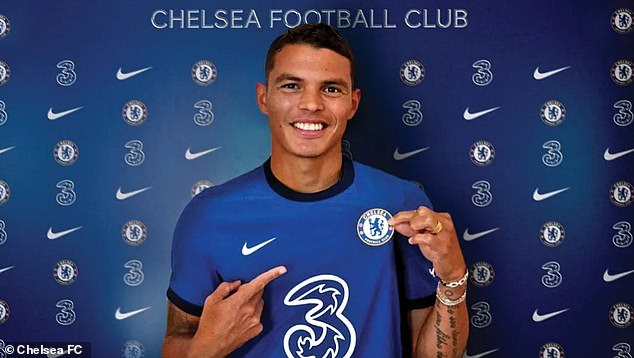 Chelsea have signed Thiago Silva and Malang Sarr from PSG and OGC Nice as free transfers. Silva has agreed to a one-year deal at Stamford with an option to extend for another year, and Sarr has signed a five-year contract.

Chelsea have been touted as the next destination ever since Silva denied the transfer to Serie A outfit Fiorentina. The Brazilian captained PSG in the Champions League finals against Bayern Munich, which was his last game with the Ligue 1 champions. Les Parisiens ended as runners up, and the farewell game for Silva hadn’t gone as he would have expected.

The 35-year-old moved to Parc des Princes in 2012 and has since become an integral part of PSG. He hasn’t gone trophyless – winning all the Ligue 1 titles in his reign – over the course while establishing himself as one of the prominent yet underlooked defenders in Europe.

Silva has also enjoyed similar success with the Brazilian national team, earning around 90 senior caps. His most recent achievement was winning the Copa America last year.

As far as individual records are concerned, the former AC Milan star has never missed out on the Ligue 1 team of the season each year.

Silva will reinforce an already struggling defence at Chelsea though he won’t be around for a long time.

The Brazilian centre-back has spoken on his transfer to the Blues.

‘I am so happy to be joining Chelsea. I am delighted to be a part of Frank Lampard’s exciting squad for next season and I’m here to challenge for honours. See you soon Chelsea fans, I look forward to playing at Stamford Bridge very soon.’

Chelsea director Marina Granovskaia is confident that the Blues would benefit from the Brazilian defender, especially up-and-coming centre-backs.

‘We are delighted to be able to add a player of Thiago Silva’s proven world-class credentials to our squad.

‘Having performed at the highest level for many years, we have no doubt his experience and quality will complement the many exciting talents we already have here.’

‘Thiago will be an excellent fit and we hope he can add some new trophies to his impressive list of honours.’

Sarr, who has joined the Blues as a free agent from OGC Nice, will be sent back to France on loan for the upcoming season.’

Yesterday, Chelsea announced that they signed Ben Chilwell from Leicester City. More about that you can read here.