The 23-year-old has moved to Stamford Bridge on a 5-year deal. 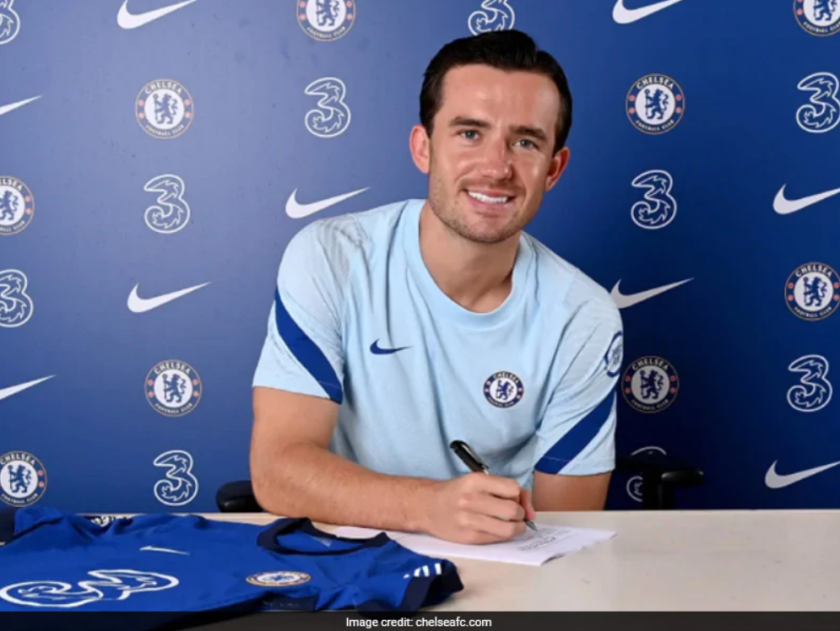 Chelsea continue to be reckless in the transfer market as they have announced the signing of Ben Chilwell from Leicester City. The English defender, who has signed a five-year deal, has cost the Blues reportedly £45m. The transfer looks a bargain for the Blues as Chilwell was previously rated around 80 million pounds.

Following the capture of Chilwell, Chelsea have now completed the signing of French centre-back Malang Sarr. The French U-21 defender arrives on a free transfer from OGC Nice.

The Blues have already added the likes of Timo Werner, Hakim Ziyech to the squad and are expected to complete the transfers of Thiago Silva and Kai Havertz in the coming days.

Chilwell has been considered by many as a vital signing to strengthen the defence. The Three Lions international has spent around five years with Leicester, playing more than 100 matches. Owing to his consistent displays, Chilwell got his international call up in 2018 and has now earned 11 caps thus far. The 23-year-old missed the latter half of the last season in the Premier League, where the Foxes ended up 5th in the table.

Chilwell has spoken on his transfer to Chelsea.

I am delighted to be joining Chelsea at this very exciting time for the club. I’m looking forward to being a part of this young, dynamic squad led by Frank Lampard as we challenge for honours next season. I can’t wait to get started and hopefully it won’t be long before we’re playing in front of the Chelsea fans at Stamford Bridge.’

Chelsea’s director Marina Granovskaia, who has drawn huge attention of late, looks to be delighted with the arrival of Chilwell. She also said that the former Foxes star would bring much-needed experience to the table.

‘We are very pleased to have completed our third addition to our exciting squad for the coming season. Ben brings plenty of top-level experience playing in the Premier League, Champions League and at the international level, despite his young age.

‘We are confident Ben will adapt very quickly to being a Chelsea player and with the fixture programme for 2020/21 especially busy, he is a fantastic addition to the squad needed to challenge for honours.’

Chilwell would strengthen the left-back void and be a massive upgrade over Marcos Alonso. In terms of playing style, Chilwell falls into the category of modern full-back, although his attacking instinct combined with pace stands out. He can function as a creative outlet as well as he had averaged around 1.3 key passes per game last season.

Inter Milan manager wants to sign out-of-favour star Marcos Alonso. Inter Milan are reportedly interested in signing Chelsea left-back Marcos Alonso, who Antonio Conte wants to have by his side.  Conte and Alonso have previously worked together during the former’s time…