Rossoneri have sorted out Brahim Diaz and Oscar Rodriguez as potential summer targets. 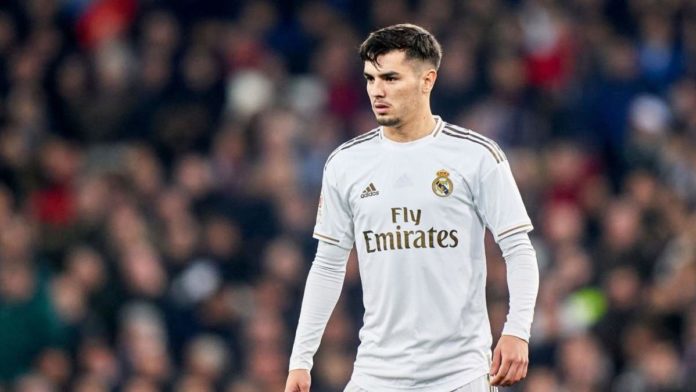 AC Milan are planning to sign two of Real Madrid youngsters Brahim Diaz and Oscar Rodriguez. While the former one remains a top target, the latter one also turns out to be subject of interest for Milan. Rossoneri have already proposed a deal to sign Brahim Diaz on loan, and now they are exploring the options to sign Oscar Rodriguez, who appears ready for a move to Serie A.

AC Milan have made contact with Rodriguez’s entourage to discuss a potential transfer amidst interests from a host of Bundesliga and Spanish clubs.

As far as Brahim Diaz is concerned, the Spanish youngster had hardly enjoyed first-team football with Los Blancos last season. The chances are less for the 21-year-old to make his impact next season given the squad strength and Zinedine Zidane’s preference to a three-man midfield. The same goes for Oscar Rodriguez, who recently ended his loan spell at Leganes. Although he was impressive in his spree, the 22-year-old is far from reaching his full potential. Furthermore, the prospective arrival of Martin Odegaard from Real Sociedad will complicate the presence of both the Spanish youngsters.

Odegaard has concluded a stellar loan spell with La Real, eventually earning a call up to the Los Blancos first team.

Milan are in the market for attacking reinforcements as they continue to get linked with plenty of exciting talents. Having lost their summer target Everton Soares recently to Benfica, Rossoneri will try to sign any of Diaz and Rodriguez.

Milan are said to be maintaining a healthy relationship with Spanish Capital, aided by the transfer of Theo Hernandez last summer. The French left-back has now become an integral part of Stefano Pioli’s side after just one season at San Siro.

Elsewhere, Los Blancos are only looking for loan deals as they cite both Diaz and Oscar as players for the future. Madrid perhaps wants to replicate the scenario of Theo, wants both the youngsters to excel in loan spells before making a return to the first-team.

Pioli’s Milan currently boasts a myriad of young talents and the transfer strategies revolves around signing the players for the future.

Milan ended the last season in Serie A on a high-note, not losing any matches post-pandemic break. Rossoneri have shown they can push for a top-four spot next season.