The former Red Devils have opined about the transfer saga of Lionel Messi. 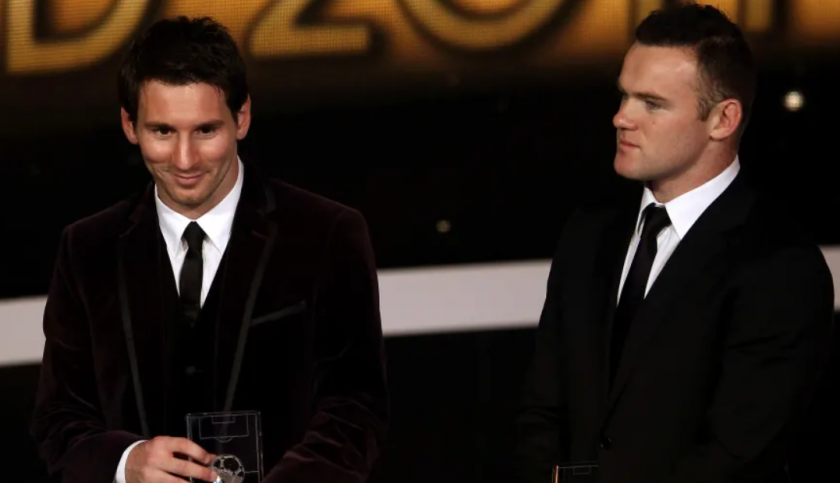 Former Manchester United star Wayne Rooney has claimed that Lionel Messi can have a crack at another Ballon d’Or if he moves to Manchester City or Man Utd. Messi has been the talk of the town after reports emerged that he is forcing out a move from FC Barcelona. It comes as quite shocking for everyone as the Argentine had embedded well into the club over the course.

The lack of results – especially at the continental level – coupled with futile management is said to have caused Messi to make such a decision. Barca president Josep Maria Bartomeu, who seems to be under great pressure, is reportedly ready to step down to keep Messi from leaving the Nou Camp.

Ever since the news broke out, several top-clubs in Europe have been put on alert, with Manchester clubs turning out to be potential suitors. Manchester City looks to have the edge over the others as Messi had reportedly phoned Pep Guardiola regarding a transfer last week.

Amidst the speculations, Wayne Rooney has weighed in on Messi’s links to the Premier League.

Rooney replied when he was asked whether he wants to see the Argentine in the Premier League.

“Every day of the week. “I know he’s getting a bit older, but no one has ever seen a player like him [before].”

The Red Devils legend also snubbed his former teammate Cristiano Ronaldo in favour of Messi, who he cites as the best of all time.

“There’s that debate of Messi or [Cristiano Ronaldo], and Messi just has everything. He can create goals, scores goals. He’s the best player of all-time.”

Rooney also added that he would love to take the 33-year-old at Man Utd although he can fit in at City. The former Everton star claimed that Messi could have a crack at his seventh Ballon d’Or if he plays alongside Kevin de Bruyne or Bruno Fernandes.

“If he can come to the Premier League, whichever team it is, and I do believe it’s only Manchester City or Manchester United — I’d take Messi at United.”

“If he surrounds himself with Kevin de Bruyne, with Bruno Fernandes, with these types of players, he can go and win a seventh Ballon d’Or.”

The Blaugrana skipper has also been linked with a move to Ligue 1 giants PSG and MLS outfit New York City FC.