West Ham United have initiated contact with Clermont Foot over a potential deal for striker Mohamed Bayo, who is also on the radar of Ligue 1 duo Lille and Bordeaux. 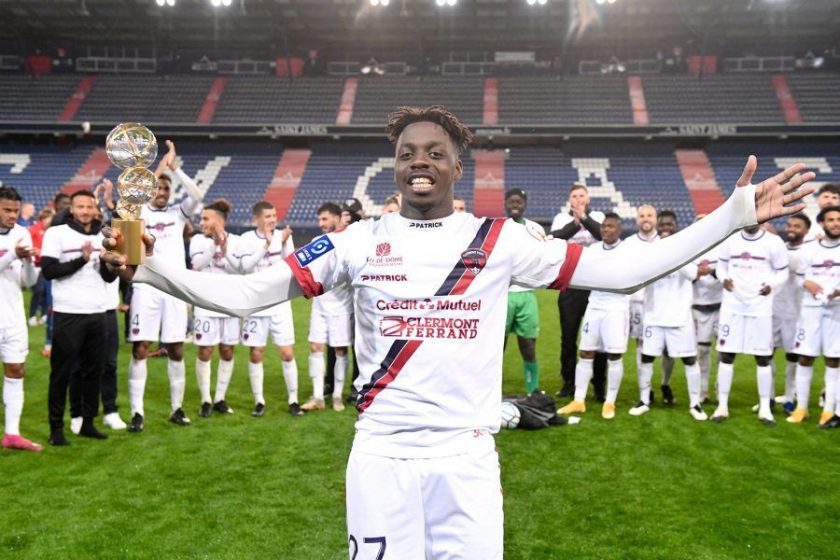 Mohamed Bayo, 23, a native of Clermont-Ferrand, came through the club’s youth ranks with his boyhood club and made his first-team debut in 2018. He was one of the stars of Clermont Foot’s promotion to Ligue 1 last season, netting 22 goals and seven assists in 38 games.

In March, the 23-year-old striker made his debut for the Guinea national team in a 1–0 2021 Africa Cup of Nations qualification win over Mali. Bayo has started the Ligue 1 campaign in fine form with three goals in as many games. He was involved in the dramatic 3-3 draw with Lyon on Saturday when Elbasan Rashani equalised for Clermont Foot in the stoppage time.

It is understood Bordeaux don’t have the financial muscle to make a deal for Bayo happen this summer, while Lille are yet to send an offer to Clermont Foot. This puts West Ham in the driving seat, with the Premier League possessing much better financial power than the Ligue 1 clubs to sign the Guinean international.

The Hammers have started the new Premier League campaign strongly, winning 4-2 away at Newcastle United after trailing 2-1 at half-time. The comeback victory over the Magpies should give David Moyes’ team a big lift heading into their second game against Leicester City.

West Ham must bring in a new striker at any cost

David Moyes is looking to strengthen his squad for this season which will also see West Ham compete in the Europa League. The Hammers’ only notable addition has been goalkeeper Alphonse Areola, who is on a season-long loan from Paris Saint-Germain.

For the Hammers to go one step further in the Premier League and challenge for a top-four finish, whilst going deep into the Europa League knockout rounds, Moyes must prioritise signing a striker before the transfer window closes down in a week’s time.

Michail Antonio shouldered the responsibility of being the Hammers’ main source of goals last season and did very well, with Moyes’ team never really missing Sebastien Haller, who was sold to Ajax in January. He is up there with the most difficult Premier League forwards on his day, as his mix of pace, power and physicality often proves too much for a defender throughout the division.

However, Antonio’s injury record is horrible and he has missed a lot of games due to fitness problems over the last few years. Plus, he’s 31 and not getting any younger. Thus, it is an absolute necessity for the Hammers to sign a new striker and Mohamed Bayo would fit the bill perfectly.

Mohamed Bayo has the tools to succeed in the Premier League

Standing at 6ft 2ins tall, Bayo is blessed with great strength and physicality while possessing a threatening pace to burn through the ground. The 23-year-old has the required elements in his game to adapt to Premier League football’s fast-paced and physical nature.

The Guinean international has shown that he can perform to a more than good enough standard in French football, having done so well over the last couple of seasons with Clermont Foot. Competition for places in the final third is never a bad dilemma to have for a manager, and Moyes will be keen to see Bayo’s arrival have a positive impact on the rest of his squad this season.

If West Ham end the transfer window with the potential combination of Antonio and Bayo as strikers, the Scottish tactician would likely be content with his options hoping that the pair could stay fit enough to compete in what could be a long and potentially draining season.