Crystal Palace and Leicester City have opened talks to sign Marseille winger Florian Thauvin, whose contract with the Ligue 1 club expires in June. 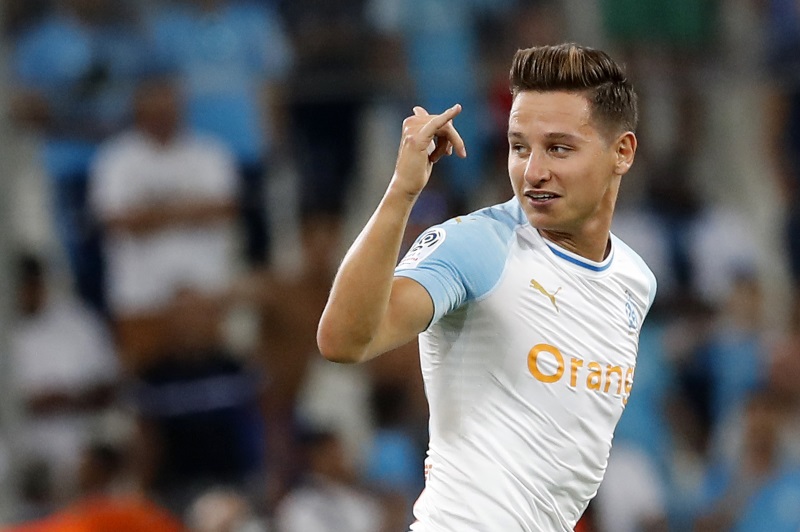 Florian Thauvin, 28, had a forgettable 2019/20 campaign with a serious ankle ligament injury that limited him to just two appearances across all competitions for Marseille. The Frenchman has managed to put the nasty injury behind him this term with eight goals and seven assists in 30 Ligue 1 appearances, but there remains uncertainty over his future.

The winger’s deal at Orange Velodrome expires in less than three months, with AC Milan and Sevilla also believed to have made contacts with his entourage. However, Thauvin is considering the possibility of renewing his contract with Marseille.

Meanwhile, Crystal Palace have experienced another difficult league campaign and they are currently 12th in the Premier League table with 37 points after 29 games. The south Londoners are presently on course for their best-ever campaign in the top-flight, but if they are to break into the top 10 next season, they must show their transfer ambition with some big-name signings.

It is no secret that manager Roy Hodgson’s contract at Selhurst Park expires at the end of the season.

Hodgson, 73, has done an admirable job since replacing Frank De Boer at the helm of Crystal Palace in September 2017. He led the Eagles to safety and an 11th-place finish in the league that term after the south London outfit had lost their opening four games without scoring a single goal under De Boer.

Having built a defensively solid, counter-attacking Palace side, the Englishman’s spell at Selhurst Park so far can be considered as a successful one. Palace may not be an attractive team to watch often but retaining the club’s Premier League status has been Hodgson’s biggest achievement, and for that alone, the veteran tactician deserves a contract extension.

The Eagles are in dire need of creativity and goals

Wilfried Zaha is Palace’s top scorer with nine goals in the league, even after enduring another injury-hit campaign. Eberechi Eze has been the team’s most influential player, catching the eye with his dazzling footwork and speed. However, Eze and Zaha haven’t received enough support from their fellow forwards Christian Benteke, Jordan Ayew and Michy Batshuayi—the trio contributing to just seven league goals.

To solve the goalscoring woes, Hodgson signed Jean-Philippe Mateta on an 18-month loan deal from Mainz 05 in the January transfer window. Mateta has netted just once in four appearances so far, leaving Hodgson and co. with much to be desired.

Palace have lacked a cutting edge in the final third, with Andros Townsend going off the boil after a steady start to the season. Apart from a clinical striker, the Eagles must add a creative winger that can create and score goals in equal measure next season.

Florian Thauvin could be that player to solve Palace’s problems in the final third. After a woeful 2015-16 season with Newcastle United, Thauvin has managed to reinvent himself at Marseille. Prior to his ankle ligament injury in 2019/20, the France international had registered 53 goals and 29 assists across all competitions in the last three seasons combined.

The 28-year-old would not only add quality to Palace’s attacking ranks but also some much-needed competition within the squad. His ability to dance past players and work himself through tight spaces could make him an ideal component for the south London outfit in the final third. Thauvin is a quality player, creates chances, supplies assists and scores goals, and that is everything a forward needs to possess in his locker.

Hence, Palace must do everything in their powers to sign Thauvin on a potential free transfer from Marseille this summer.