The end game is near. A month of lighter evenings, irregular Premier League Matchweek schedules, and an unwelcome international break have drawn England’s top flight teams to within ten matches of the end of the domestic league season.

Although March’s top flight action ended relatively early with the arrival of the usual international break, the scattered fixtures still gave us a fair share of drama; Manchester City’s relentless unbeaten run finally came to an end, some forgotten characters re-asserted themselves as top class players, and Thomas Tuchel’s Chelsea hit their greatest form yet.

March had it all, but in a month of limited fixtures, which players made the greatest impression?

Team of the Month in Premier League – March 2021

Another solid month for Leeds United saw the Yorkshire side effectively seal their place in the top flight for another season, becoming the first promoted side to do so this term.

Young goalkeeper Illan Meslier, who has enjoyed a strong debut season in the Premier League, was the star for The Whites with a couple of exceptional performances in March. Although he could do little to prevent a 2-0 defeat to West Ham to begin the month, Meslier then put in a stunning, eight-save performance against Chelsea to help his side hold onto a point, and made further crucial saves as Leeds narrowly won 2-1 at Fulham.

It’s fair to say he was little known by Premier League fans when the season began, but Meslier has proven himself to be more than capable for Leeds at this level. 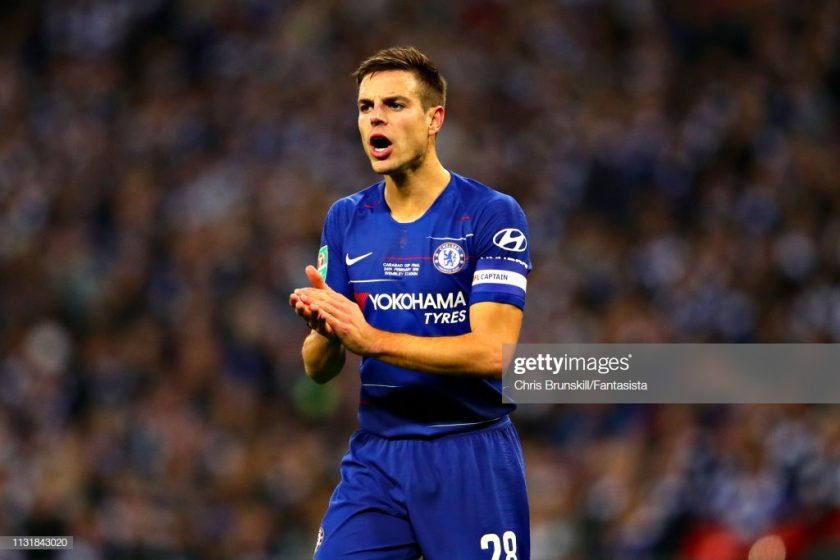 Thomas Tuchel’s Chelsea revolution stepped up a gear in March, with the Blues securing two league wins, one draw, and three clean sheets from three.

It’s of little surprise, then that Chelsea’s captain and ever-reliable defender Cesar Azpilicueta has been a key figure in helping the Blues maintain a watertight defence in these recent fixtures. The Spanish international played in all three matches, and reminded us of his versatility in years passed by switching between his regular right back role and the position of a right-sided centre back.

It’s no surprise that Chelsea are once again reaping the rewards by utilising their captain’s positional flexibility. 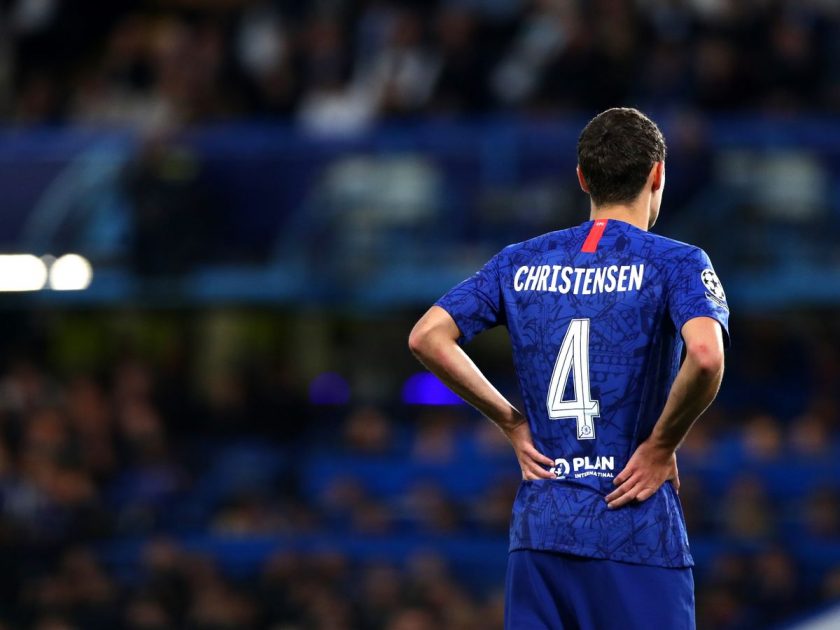 Whilst Azpilicueta’s consistency is something of a given for a lot of Chelsea fans, the exceptional form of fellow defender Andreas Christensen seems to have been a bit of a surprise.

Often overlooked in recent years, the Danish international has been at the forefront of Chelsea’s strong recent form, and is one of the most in-form defenders in the league.

His nine clearances at Anfield – the most of any Chelsea player in nearly three years, demonstrates his ability to snuff out danger effectively, which has been so crucial to this strong defensive run.

So much attention and scrutiny in the past two years has been diverted to Harry Maguire’s price tag that it’s sometimes difficult to remember what an excellent defender he often is.

In recent weeks, Maguire has started to remind fans why he was so highly thought of in the first place; an unflappable display in the Manchester Derby where the Red Devils came out on top was a highlight for the United captain, who also led his team to clean sheets against West Ham and Crystal Palace, performing strongly in both matches.

A few more displays like this should help this United side achieve a strong finish to the campaign.

Maguire may have impressed in March, but almost all of the attention has gone onto his team mate Luke Shaw, and not without good reason either. The left back has maintained his dazzling form that emerged in the winter and helped his side achieve a perfect defensive record last month.

As well as keeping the goals out, Luke Shaw even netted a goal of his own – just his second ever in the Premier League – in the recent Manchester derby, a game where he was the standout player by a long distance and United ended their bitter rival’s long unbeaten run.

Surely a hot contender for United’s player of the season.

It’s been difficult to speak about Chelsea’s defensive record in the past few years without mentioning N’Golo Kante somewhere along the line, and the diminutive midfielder has once again shown his class in recent weeks.

The Blues’ Number Seven put in typically robust performances against Liverpool and Leeds, claiming the assist to Mason Mount’s goal in the former with a pinpoint long pass, reminding fans that he brings far more to the table than just his defensive work rate.

In this new 3-4-2-1 system, Kante appears to be thriving once again at the heart of the midfield.

Brighton’s relatively strong form in 2021 continued in recent weeks with two wins and one defeat, as Graham Potter’s side try desperately to leave the relegation battle behind them once and for all.

Brighton’s versatile attacker Leandro Trossard was one who played a big part in their success. Often highlighted as one of the guilty figures in the team’s lack of efficiency in front of goal, Trossard has silenced some of his critics recently, registering two goals and an assist to help his side overcome Southampton and Newcastle.

The Belgian’s newly found efficiency in front of goal has come at such a crucial time for his side, helping them achieve two priceless wins.

It’s not often that you see Manchester City lose a Premier League game these days, but despite doing just that against bitter rivals United, the Citizens still won three out of four games in March, largely inspired by winger Riyadh Mahrez.

The Algerian winger became the latest City star to flourish, chipping in with three goals, including two in a stunning individual performance against Southampton as the Blue half of Manchester bounced back rapidly from their chastening derby defeat.

In this kind of form, Mahrez really is a joy to watch.

After featuring in our team of the month for February, West Ham United’s Jesse Lingard makes it into our XI for the second time in a row, following another dream month on loan at his new club.

The attacking midfielder’s contribution in March stands at two goals and an assist in just two games, as West Ham continued their unlikely challenge towards the Champions League places.

After such an incredible run of form for West Ham, Hammers fans will surely be asking the same thing; will Lingard stay at the club? 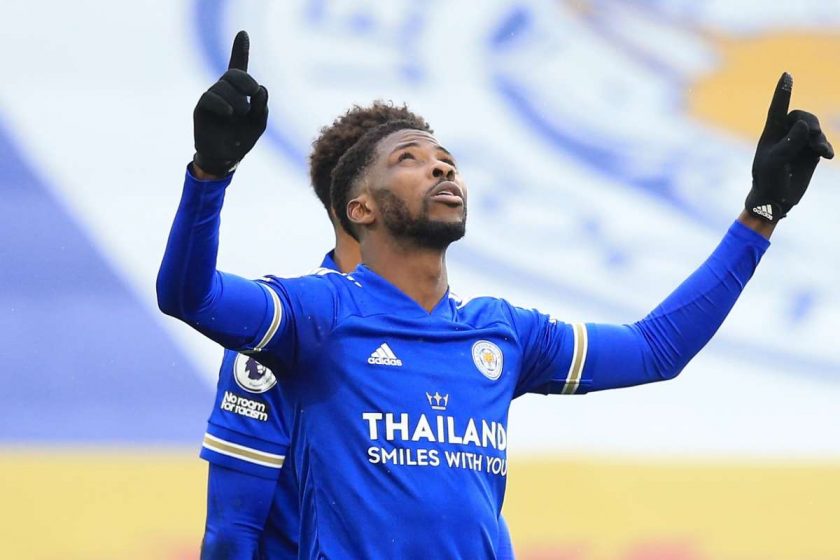 Lingard’s revitalisation at West Ham seems to have inspired others to follow suit, with Leicester City’s Kelechi Iheanacho enjoying a stunning month in front of goal.

The Nigeria forward appeared to be a forgotten man for the Foxes, but excellently taken goals against Burnley and Brighton, followed by a spectacular hat-trick against the doomed Sheffield United, brought Iheanacho back into the limelight.

His partnership with Jamie Vardy has been the latest highlight for Leicester in a very impressive season, with Iheanacho’s goal tally this term rising from one to six in March alone. He captains our side as the player of the month, and deservedly so as well.

Although topsy-turvy Tottenham continue to suffer from inconsistency in what is becoming an increasingly uninspiring season, the North London side have at least been able to count on Harry Kane once again to lead them through some tricky fixtures.

The England captain contributed three goals and two assists in four fixtures during March, including two goals and assists in an incredible one man performance against Crystal Palace.

All in all, Kane’s efforts helped Spurs win three games out of four last month. Whether or not Spurs will finish in the Champions League places remains to be seen, but 30 goal contributions this season highlight just how hard Kane is trying to lead them there. 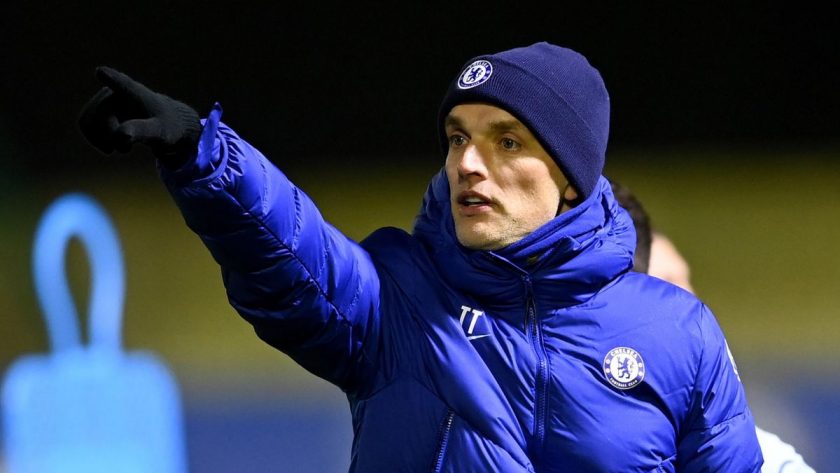 No monthly team would be complete without the manager, and it will come as little surprise that Chelsea’s Thomas Tuchel scoops the managerial award for March.

Seven points from nine and zero goals conceded underline what was very nearly a perfect month for Chelsea, and their turnaround in defensive form has been stark to say the least.

It’s fair to say that not all Chelsea fans were happy with the club’s decision to replace Frank Lampard with Tuchel in January, but the German will certainly have won over a number of doubters with a very strong month of results.