Chelsea are set to compete with Manchester United for the signature of Borussia Dortmund star Jadon Sancho in the summer. 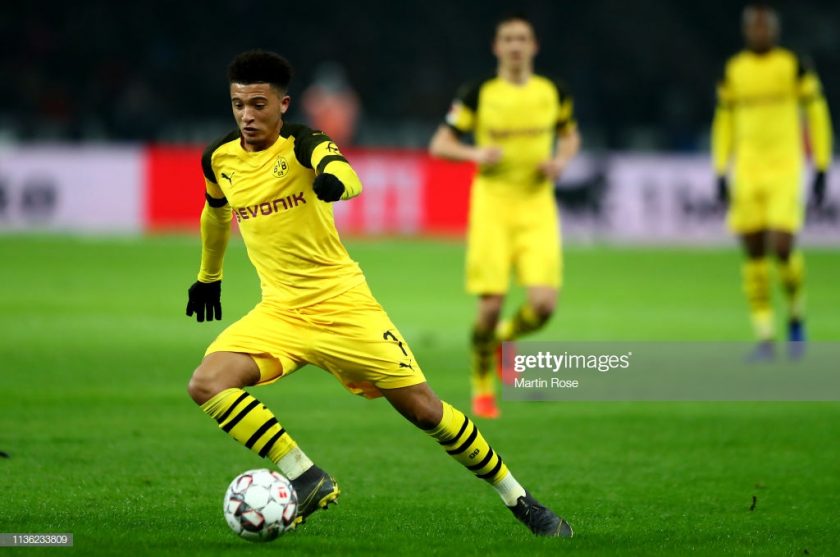 After being linked with a move to Manchester United throughout the last two summer transfer windows, Jadon Sancho, 20, ended up staying at Borussia Dortmund. He enjoyed a superb last season in the Bundesliga, netting 17 goals and assisting as many times in 32 appearances as Dortmund finished second in the table.

This season, however, the England international has suffered a dip in form in the German top-flight. He has three goals and nine assists in 18 league outings as Dortmund, who fired manager Lucien Favre in December, have slid down to sixth in the table.

Dortmund have accepted they’ll finally lose Sancho in the next window and are ready to slash their asking price for the winger to balance the books following the cruel impact of coronavirus pandemic on their finances. That has put both Chelsea and Manchester United on red alert heading into the upcoming transfer window.

The Thomas Tuchel era at Stamford Bridge is up and running, with Chelsea four games undefeated since the German tactician’s appointment. A goalless draw against Wolves followed by three back-to-back victories has given Chelsea the momentum and lifted them to fifth in the table, just a point behind fourth-placed Liverpool.

The Blues had problems finding consistency under former manager Frank Lampard and were sat ninth when he was shown the door. However, they are on an upward trajectory since Tuchel’s appointment and hope to secure a top-four finish this season.

Regardless of Chelsea winning three of their last four games and keeping as many clean sheets in the process, they remain suspect defensively. Tuchel has tightened things at the back to some extent but the Blues need something more than that.

Antonio Rudiger has looked shaky alongside Thiago Silva at the back. Silva has added experience and a big presence in Chelsea’s defence but he isn’t getting any younger at 36. Kurt Zouma is yet to play for the new manager, while Andreas Christensen hasn’t played much Premier League football this season. And with Fikayo Tomori having departed for AC Milan on loan in January, the acquisition of a young and solid defender should be prioritised by Tuchel in the summer.

Chelsea spent £222m on new players last summer, bringing in the likes of Ben Chilwell, Timo Werner, Kai Havertz, Edouard Mendy and Hakim Ziyech. Werner and Havertz, who arrived at Stamford Bridge from the Bundesliga with a lot of reputation, are yet to really light up the Premier League. Ziyech has been hampered by injury since joining from Ajax, thus playing just 11 league games so far.

Tuchel has a plethora of attacking options at his disposal and he’ll need to get the best out of them, especially Werner and Havertz. Callum Hudson-Odoi looks a player reborn under the new manager, whereas we are yet to see the best of Christian Pulisic this season.

Looking at the grand scheme of things, the prospect of Werner, Ziyech, Havertz and Pulisic lining up together is sure to send chills down the opposition’s spine given the amount of goal threat this attack carries. Add the likes of Olivier Giroud, Tammy Abraham and Mason Mount into the mix and that certainly raises the question—do Chelsea really need Sancho?

Sancho has established himself as one of the hottest properties in world football over the past couple of seasons. He is a brilliant footballer with a bright future ahead of him but Chelsea, considering the attacking riches Tuchel has at his disposal, should stay away from the Dortmund wide-man. In fact, Tuchel should prioritise reinforcing the backline to make Chelsea genuine title contenders in 2021/22 campaign.