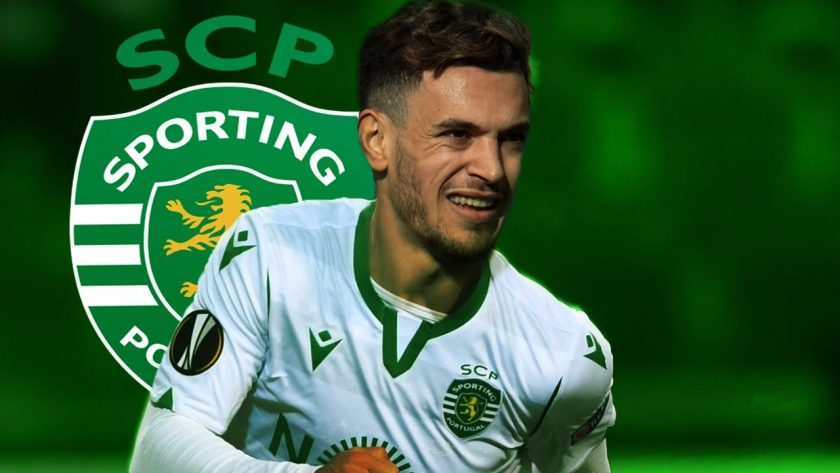 Pedro Goncalves, 22, made the move to Sporting Lisbon from F.C. Famalicao in August 2020 to fill the huge void left by Bruno Fernandes, who joined Manchester United the previous January. He has managed to replace Fernandes as the Portuguese outfit’s main attacking outlet in midfield this season with 14 goals and two assists in 16 Liga NOS appearances.

Liverpool reportedly made an initial approach to sign Goncalves during the January transfer window and are set to return this summer for the player, who has a £53million release clause in his contract.

Meanwhile, Liverpool’s hopes of retaining the Premier League title were more or less extinguished on Sunday as they suffered an embarrassing 4-1 defeat at the hands of Manchester City at the Anfield Stadium. With the loss, Jurgen Klopp’s side remained fourth in the table with 40 points, 10 points behind league leaders Manchester City who have a game in hand.

The Reds have struggled with injuries this season, especially at the back, with central defenders Virgil van Dijk, Joe Gomez and Joel Matip all out injured. That forced Jurgen Klopp’s hands to use youngsters Rhys Williams and Nathaniel Phillips in central defence before Liverpool finally agreed on deals to sign Ben Davies from Preston North End and Ozan Kabak from FC Schalke respectively during the winter transfer window.

However, the Merseyside outfit’s problems haven’t been down to only defence, with their attack also toothless and lacking energy. The team’s revered front three—Sadio Mane, Mohamed Salah and Roberto Firmino have been unbelievably good over the past few seasons, ripping apart some of the world’s best defences with their pace, creativity and link-up play. But they have struggled to produce their best form over the last two months that has seen Liverpool fall 10 points off the summit.

The attacking trio of Salah, Mane and Firmino have contributed to just 29 goals in the league so far, with Salah alone bagging 16. Summer signing Diogo Jota was in rip-roaring form and had netted five times in nine league games before suffering an injury. Certainly, Jota has been badly missed by Klopp while Salah’s goals in double-digits haven’t proven sufficient in the title chase.

The Reds lack creativity from midfield

Thiago Alcantara arrived at Anfield from Bayern Munich during the summer transfer window arguably in the best form of his life. It was believed that the Spaniard would elevate Klopp’s side to a different level with his creative passing from the middle of the park, but that hasn’t happened as of yet.

The likes of Xherdan Shaqiri and Alex Oxlade-Chamberlain haven’t done enough to warrant a regular berth, while Naby Keita has endured another injury-hit campaign at Anfield. Georginio Wijnaldum, regardless of his indisputable importance in Klopp’s side, is due to leave the club on the expiry of his contract in July and a lack of game time saw Takumi Minamino join Southampton on loan until the end of the season.

With players like Shaqiri, Oxlade-Chamberlain and Minamino failing to step up and proving they aren’t good enough to play regularly at the club, Klopp must prioritise solving his team’s lack of creativity from midfield in the summer.

A player of Pedro Goncalves’ quality could do wonders at Anfield

Having said that, the signing of Pedro Goncalves can go a long way in doing that. He has excellent numbers in his debut season at Sporting (14 goals and two assists in 16 league games). While those numbers may be in the Portuguese league, they are still very good numbers for a 22-year-old.

The Portuguese Under-21 international’s addition would boost the Reds’ squad, whilst adding creativity and flair to Klopp’s midfield. Secondly, his ability to play in different attacking positions should certainly appeal to Klopp. Overall, Goncalves looks like a very good player to solve Liverpool’s creativity problems next season.