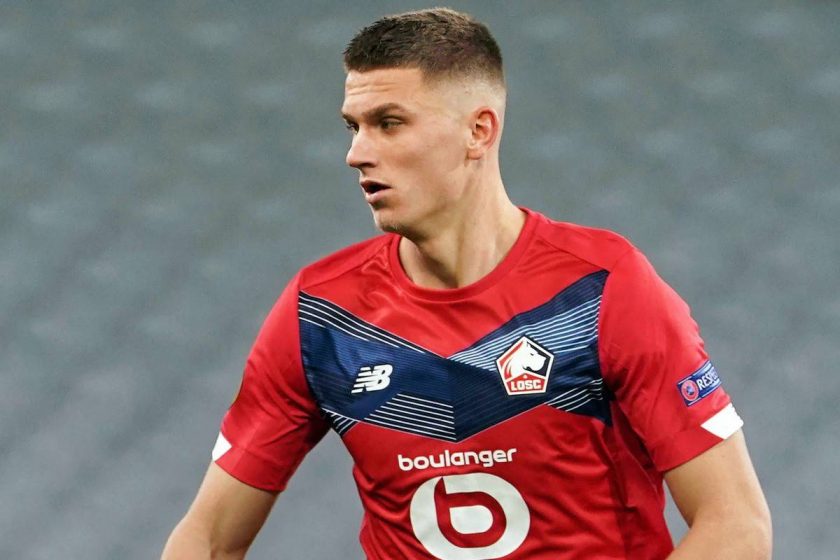 Sven Botman, 21, has been one of the most highly-coveted defenders in Europe over the past 12-15 months, with the likes of Atalanta, Tottenham Hotspur and West Ham among a host of clubs having tracked him during his breakthrough season at Lille. The Dutchman, signed as a replacement for Gabriel Magalhaes, made 37 appearances last term as Lille won the Ligue 1 title over Paris Saint-Germain.

The 21-year-old defender could be allowed to leave Lille for £40m in January, with newly-minted Newcastle United keen on his services. However, the Magpies will face competition from AC Milan, who could look to strike a loan deal with the Ligue 1 club for Botman next month, with a view to making that move permanent at the end of the season.

Four months down the line and almost half of the Premier League season done and dusted heading into the busy Christmas period, Newcastle United currently find themselves languishing at 19th place in the standings, three points adrift of safety. Eddie Howe finally got the Toon Army their first win of the season last weekend—a 1-0 success over fellow relegation candidates Burnley—but there’s a lot to work upon if they are to avoid the drop.

Defensive reinforcements are a must for Newcastle

Newcastle must change a lot of things to get positive results from now on and until the end of the season to ensure they maintain their top-flight status after the takeover by the Saudi-led consortium. The January transfer window will come at a rather fortuitous time for the Magpies and while they must spend to bolster their squad, they need to do it on the right players and in the right areas of the pitch.

Eddie Howe needs reinforcements quickly and the priority has to be a central defender. The Magpies have conceded 30 goals in15 games so far this season, which comes down to two goals per game ratio. Truly, goalkeeper Martin Dubravka needs more protection in front of him, and following the poor displays from Jamaal Lascelles, Ciaran Clark, Federico Fernandez and Fabian Schar, a quality centre-back is the need of the hour.

Sven Botman could make a difference at St. James’ Park

Sven Botman, in that regard, could be that quality player Howe and co. could do well by having in their defence. Standing at 6ft. 4 inches with a towering frame, he isn’t the quickest of defenders in Europe but makes it up with his physicality, aerial prowess and distribution skills.

The Dutchman is a very good passer of the ball, reads the game well and is an asset to have at both ends of the pitch during set-pieces. Being left-footed, he’ll bring a much-needed balance to the Newcastle backline whilst being a straight upgrade over the erratic Ciaran Clark.

Howe wants his defenders to be technically sound on the ball and distribute it at will, and that should help Botman adapt quickly to the surroundings at his new club and hit the ground running if a move materialises.

Rumoured to be available at around £40m, this looks like an affordable deal for Newcastle to do and they should snap Botman up from Lille during the early days of the winter transfer window.