Ligue 1 finally has a historic new home. The title now goes to the North of France for the first time in a decade. 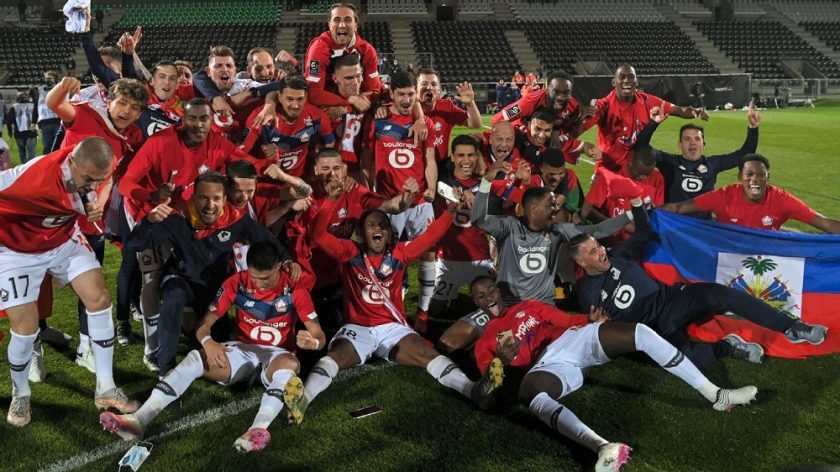 Just what a season it has been! The world was hit by a global pandemic and players were falling to injury and to positive Covid-19 tests. Where the season would go was anyone’s guess.

It was a season of no other and one club, and fans would be glad to see the back of no doubt.

In a Ligue 1 title race that for once did not go in favour of Paris Saint Germain, this year’s champion would be decided on the final day of an unpredictable season.

One point separated Lille in first and PSG in second, and Lille needed the win to guarantee champions status and all PSG had to do was win, and hope for a major slip-up by Lille.

What they didn’t imagine though was that with two shots on target and two goals for Lille would seal it.

One by Jonathan David for his fourth goal in seven games, a player that cost Lille £27m, put them 1-0 up and deservedly so.

The goals wouldn’t end there though and of course it wouldn’t be a win for Lille if Turkish international star Burak Yilmaz didn’t get on the scoresheet. His 18th goal and fourth from the penalty spot put Lille comfortably 2-0 up in the game, and from there it was all Lille’s to lose, regardless of what PSG would do.

It was only a matter of how many Lille would get with the mood they were in, but it was only to be two and yet Angers managed to give them a slight scare when they pulled a goal back after a lack of communication between the centre backs gave Fulgini a free header to nod home.

But with the fury on the face of defender Zeki Celik when they conceded so late on and being seconds away from a clean sheet on route to the title, that surely says a lot about the character of the team!

However, a 2-0 win for PSG was not enough to get first place. But for Lille, who have been fantastic away from home and after a decade in the waiting, they finally sealed the title away from home beating Angers 2-1.

A side who boast one away league defeat in 16 months. Winning 24, drawing 11 and losing just three, with a tally of  27 goals between Burak Yilmaz and Jonathan David and an additional  14 goals from attacking midfielder Yusuf Yazici, added to by a 14 game unbeaten run surely would have been enough to lift the title and on this occasion it was!

No doubt for Christophe Galtier, he is the manager of the season, as he claims his first Ligue 1 title with Lille since joining in 2017.

For PSG it wasn’t to be. They only have the Coupe de France to their name, but I bet they would swap it for the Ligue 1 title in a heartbeat.

Fair play to Lille though who remained tough and wonderfully consistent by putting out continuous strong team performances this season.

A well-deserved title for Lille sees them lift it for the fourth time in their history and the first time in a decade.

There is no doubt this nail-biting title race was one of the most exciting and tightly contested in 10 years.

It was a race that twisted, turned and at times tormented but Lille held their nerve to win it and come out on top and despite the threat of Monaco and PSG they did not crumble.

So, I think it is safe to say that the regular kings of France have finally been dethroned!