West Ham have reignited their interest in signing Spartak Moscow midfielder Alex Kral ahead of the summer transfer window. 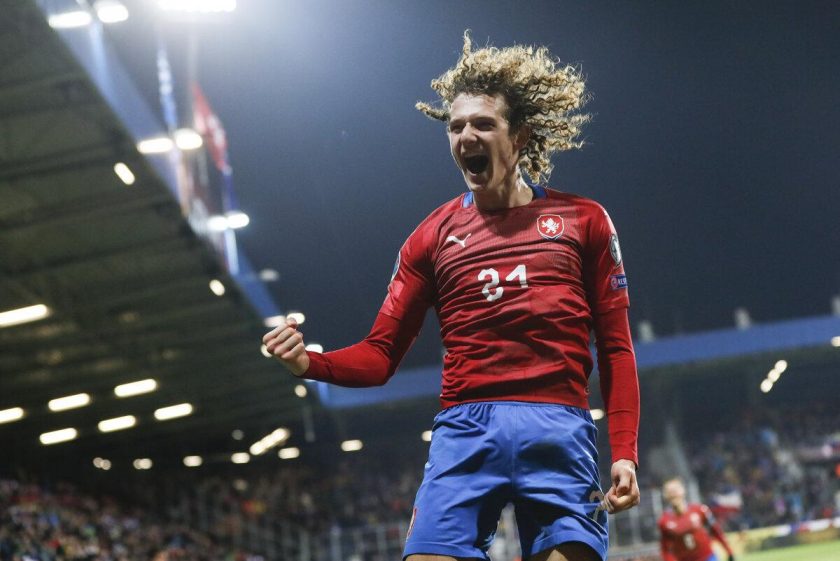 Alex Kral, 23, joined Spartak Moscow from Slavia Prague in the summer of 2019 and has evolved into a reliable player for the Russian giants. The Czech Republic international registered five assists in 29 league outings, as Domenico Tedesco’s Spartak Moscow finished second in the Russian Premier Liga.

West Ham actually tried to sign the 23-year-old midfielder during the January transfer window, but a move didn’t materialise. The east Londoners are back in the pursuit now, apparently hoping to finally land Alex Kral during the summer transfer window.

The Hammers clinched a sixth-place finish with a 3-0 win over Southampton at the London Stadium in the final game of their Premier League season on Sunday. A first top-six finish this century will see them play in the Europa League next term, which is a massive achievement considering West Ham had defeated the drop under David Moyes last season.

One of the primary reasons behind the Hammers’ fantastic campaign has been the performances of midfielder Declan Rice.

Rice, 22, has impressed with his consistent displays at the heart of West Ham’s midfield, forging a strong partnership with Tomas Soucek. He scored two goals and made one assist in 32 games in the recently concluded Premier League campaign.

From developing into a promising youth player in the academy to captaining the Hammers this season, the 22-year-old has made giant strides in his burgeoning career. Thus, it isn’t surprising to see Rice’s performances going unnoticed, with the likes of Chelsea, Manchester City and Manchester United all interested in signing him.

The England international has a long-term contract at West Ham which runs out in 2024, and while Moyes and co. have no intention of selling their star midfielder, it’ll be a difficult task if one of Premier League’s heavyweights come up with a tempting offer this summer.

David Moyes is expected to dip into the transfer market in order to make some quality additions to his squad. The Scotsman should address the area of concern at the earliest and that would be the central midfield unit.

Rice and Soucek did well in central midfield in the past campaign but beyond them, the Hammers have very little depth. Mark Noble is in the final stages of his career, while the likes of Pablo Fornals and Manuel Lanzini are suited to an advanced role in midfield. In addition, Jesse Lingard will return to Manchester United after a superb loan spell which expires next month.

In that regard, Alex Kral could be the solution to West Ham’s midfield issues. The 23-year-old’s addition to the squad would definitely be a boost due to Moyes’ squad.

A defensive midfielder by trade, Kral excels in breaking up the opposition’s play with his tough tackling and interception skills. The Czech Republic international is tidy in possession, energetic and tenacious, which helps him operate in a box-to-box role when required.

West Ham have a strong Czech Republic contingency at the club with Tomas Soucek and Vladimir Coufal—the duo used to play with Kral for Slavia Prague. Going by the Soucek and Coufal’s immediate impact at the London Stadium, it isn’t surprising to see Moyes interested in recruiting another Czech international.

Given the fact Kral can operate in a variety of roles across the midfield and probably slot in at defence when required, the 23-year-old could be a smart buy for a West Ham side looking to add both quality and depth to their squad.