Barcelona have confirmed that first-team stars Jordi Alba and Memphis Depay are both out with injuries. 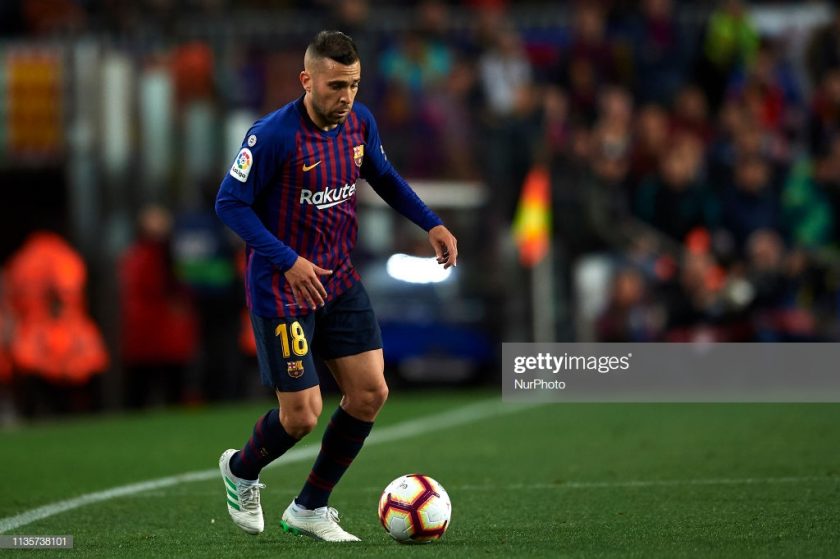 It is understood that Jordi Alba played with an injury against Bayern Munich on Wednesday before his right hamstring got worse in the 31st minute of the must-win fixture for the Blaugrana. Alba looked in visible pain as he was replaced by Oscar Mingueza.

Alba has been one of the main players for Barcelona this season, assisting on five occasions from 11 appearances. Having said that, it is not the first time the Spaniard has sustained an injury this season as he has been rushed back on more than one occasion. It is unclear the period of time that Alba would be out but it is looking increasingly unlikely that the left-back will have any role to play this year.

Memphis Depay, Barcelona’s leading goal-scorer this season has hit a bit of a rough patch in recent times. Against Bayern Munich, he played all 90 minutes but could only contribute little as he won only close to 22% of his duels and looked seemingly ineffective against the Bayern backline.

The Dutchman, though, seemed to struggle with his left hamstring towards the end of the match. The official report understands that Depay has pulled his left biceps femoris and that could see his 2021 end. With Martin Braithwaite out injured as well, Barcelona are now left with Luuk de Jong as the only recognized number nine. The former Sevilla man has not started once under Xavi, thus far.

It will be interesting to see who Xavi decides to field as a striker and in all likelihood, it could be Ousmane Dembele leading the line with either Abde or Ilais taking his place in the right attacking flank.

Ansu Fati’s comeback date has not been revealed yet, with many reports suggesting that the 19-year-old could return in the game against Mallorca on January 2nd.

In other developments, Sergi Roberto has undergone knee surgery in Finland and could be out for a minimum of three months.

The injury list continues to grow for Barcelona with several first-team stars looking at the time on the sidelines. Pedri, Braithwaite, Depay, Roberto, Alba, Fati, Aguero, and Wague are the confirmed players who are unlikely to have any role this month.

Barcelona have got a mountain to climb if they are to play in the UEFA Champions League next season, let alone win the league. While there have been improvements in the way Barcelona are going about their business under Xavi, a collective performance is missing. The team cannot seem to maintain the intensity with which they start a game, across the entire 90 minutes. This has often been costing the cules in the second half of their games.

Having been demoted to the Europa League, one of the main priorities for the Blaugrana is to secure qualification for next year’s UCL. The only positive is that the former La Liga champions have got time on their side and hopefully, everything clicks well in the end.

Do you think Barcelona will be able to turn their season around?