Arsenal got back to winning ways after back-to-back defeats against title contenders Liverpool, and mid-table Everton. 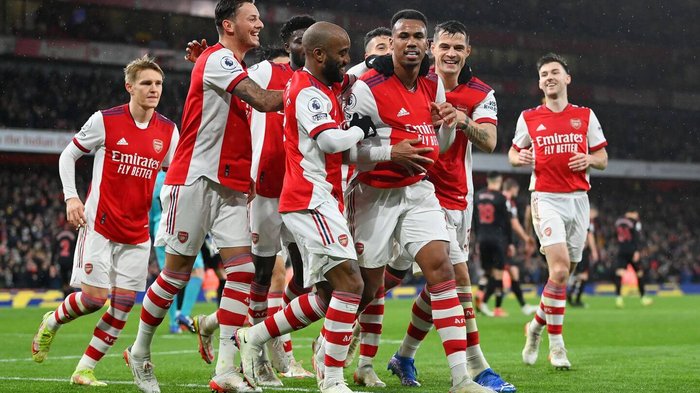 Goals scored by vice-captain Alexandre Lacazete, Martin Odegaard and Gabriel helped Arsenal breeze to a 3-0 victory. Prior to the game, Mikel Arteta revealed that captain Pierre-Emerick Aubameyang has been left out of the squad due to a disciplinary breach. However, this didn’t affect the hosts as they jumped back up to 6th place, only 1 point from West Ham in 4th but still a staggering 12 points away from current champions, Manchester City.

As expected, Southampton dropped back into blocks of four and when they looked to press, they used various methods and techniques to try and win the ball high up the pitch. An example of how they pressed was with Broja and Armstrong directly pressing the Arsenal centre backs whilst Tella and Redmond both blocked off the passing lanes in Tierney and Tomiyasu.

This created a man-marking system which would later prove to be detrimental in Arsenals win. During the game, Southampton adopted different methods to try and stop Arsenal from progressing the ball forward into wide areas. However, they were unsuccessful due to great composure and awareness from the Arsenal defence/holding midfielders.

This is highlighted when Lacazete lifted the ball past Cabellero in the 21st minute to put the gunners in front. Overall, Southampton’s pressing was logical on paper but failed to sustain it throughout the game because of Odegaard’s movement and intelligence when dropping into half-spaces.

When attacking Arsenal’s attacking shape was a 3-2-5 which saw Martinelli and Odegaard act as inside forwards/inverted number tens. This meant that Tierney and Saka were expected to provide width and depth on both flanks.

This was achieved successfully, and Arsenal created numerous goal scoring opportunities from wide scenarios. Again, this is evidently seen as Tierney assisted Odegaard on the left flank for his first ever headed goal.

Contradictory to Arsenal’s last defeat against Everton, the wide players were unpredictable and there was an abundance of movement, especially on the left flank where Kieran Tierney made numerous underlapping runs to create space for Martinelli. On the right hand- side Saka was left as an outlet ball if Arsenal managed to play out of an aggressive Southampton press.

Ramsdale made six saves in total, a few fantastic ones as well to ensure Arsenal kept a clean sheet. The 23-year-old showed his excellent shot stopping abilities as well as his calmness and composure when playing out from the back.

It was due to his composure that allowed the team to advance up the pitch and split Southampton’s midfielder in half which culminated in Alexandre Lacazete’ s opening goal. Throughout the game, Ramsdale pulled off some outstanding passes including his precise pass which sent through Martinelli on goal who failed to score.

Overall, his man of the match performance was one that could potentially earn him a chance to be England number 1.