Liverpool have opened talks with PSV Eindhoven over signing forward Donyell Malen during this transfer window. 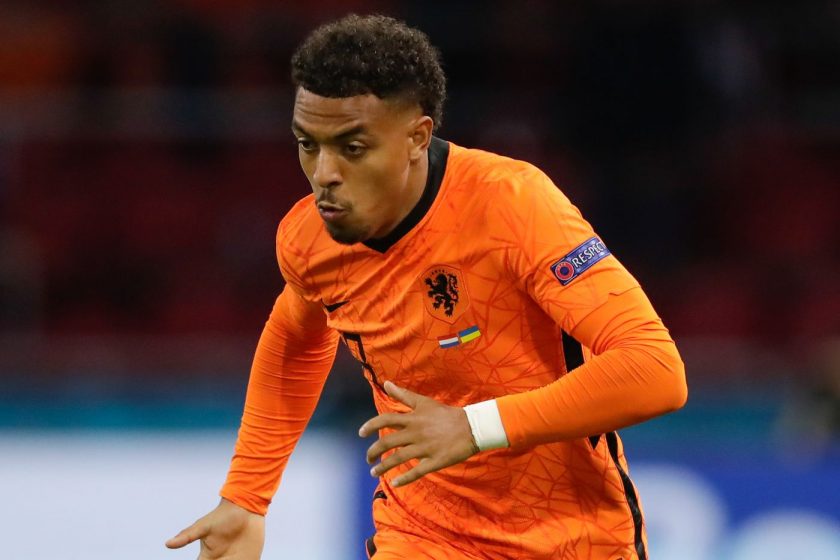 Donyell Malen’s stock has risen significantly since he was sold from Arsenal to PSV Eindhoven for less than £1m in 2017. The highly-rated Dutchman, 22, scored 19 goals and registered eight assists for PSV Eindhoven in 32 Eredivisie matches last season.

The 22-year-old forward, who is currently with the Netherlands squad at Euro 2020 and has assisted two goals in three games, is valued at around £27m. Liverpool are in discussions to sign Malen as Jurgen Klopp looks to bolster his squad to get back to winning trophies in the 2021/22 campaign.

The Merseysiders endured a disappointing 2020/21 season after winning the Premier League title the term before. They were severely hit with injuries, especially in defence, with Klopp having to do without a number of key members of his squad. However, there were some positives as the Reds managed to qualify for the Champions League by finishing third on the table.

After the completion of signing defender Ibrahima Konate from RB Leipzig, Jurgen Klopp has shifted his focus towards bolstering his attacking options.

In Sadio Mane, Mohamed Salah and Roberto Firmino, Liverpool have one of the most fearsome attacking trios across Europe. They have ripped apart teams and delivered the goods consistently for Klopp and co. in the last few years.

However, the Reds’ front-three weren’t at their sublime best this past season, failing to combine properly and score goals freely. Salah did end the season with 31 goals across all competitions but he didn’t get enough support from Mane and Firmino, as Klopp’s side went trophyless.

Diogo Jota was signed by Wolves last year to add creativity and goals to the Liverpool side. Jota netted nine goals in 19 league outings, considering he spent most of his debut campaign at Anfield on the treatment table.

The likes of Xherdan Shaqiri, Divock Origi and Alex Oxlade-Chamberlain didn’t contribute enough last term and could be offloaded this summer. With Mane and Salah set to be away on Africa Cup of Nations duty midway through the 2021/22 campaign, Klopp has to bring in at least a couple of attacking players to compete on all fronts.

Donyell Malen would be a smashing signing for the Reds

Keeping that in mind, the Reds’ interest in Donyell Malen makes complete sense.

A centre-forward by trade, Malen is adept playing on either flank. The Netherlands international ticks plenty of boxes in the Reds’ search for a new forward—he is young, he has experience of playing in England, he’s proven himself in the Eredivisie and there is plenty of time and potential to improve.

At Liverpool, Malen may not get his chance right from the start but his amazing numbers and solid work ethic can prove to be vital for the team when he comes on from the bench. His potential capture could get Firmino firing again, whilst adding strength to Klopp’s attacking ranks.

Klopp, who is known for nurturing youngsters and moulding them into star players for the future, can also be decisive in the Dutchman’s development at Anfield. Rumoured to be available at around £27m, Liverpool will struggle to find a better value for money option than Malen this summer.