RB Leipzig star Ibrahima Konate is closing in on a move to Liverpool, with the centre-back having already passed some of his medical tests ahead of his proposed switch to Anfield. 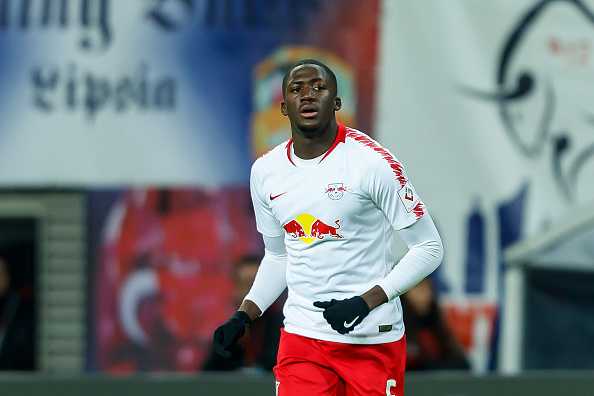 The Reds suffered a defensive crisis this season, losing all three senior centre-backs in Virgil van Dijk, Joe Gomez and Joel Matip to season-ending injuries. Van Dijk, arguably Europe’s best defender, picked up a serious cruciate ligament injury following an incident involving goalkeeper Jordan Pickford in the 2-2 draw with Everton at Goodison Park. Just a while later, Gomez sustained a nasty knee injury in the England international training that ruled him out for the season.

Matip’s campaign was cut short with an ankle injury suffered during Liverpool’s 3-1 victory over West Ham at the London Stadium in January. Injuries to all three senior central defenders has seen Jurgen Klopp’s side struggle a lot, and as things stand right now, they might not be able to finish in the top four this term.

The centre-back is a priority area for reinforcement in the summer, even though the Reds signed Ben Davis from Preston North End and took Ozan Kabak on loan for FC Schalke with an option to buy during the January transfer window.

The Merseyside outfit are now understood to be ready to activate Ibrahima Konate’s £34million release clause; however, the defenders’ representatives remain ’cautious’ about the defending Premier League champions’ progress.

Joel Matip could be sold in the summer

Liverpool could now be ready to offload Joel Matip along with some other experienced players this summer in order to raise some funds for Jurgen Klopp to invest in his squad.

Matip, 29, signed on a free transfer from FC Schalke back in 2016, has made just 95 Premier League appearances for the Reds. He has been a reliable performer when fit and running, but his poor fitness record in the last few years has halted his progress. The Cameroonian international’s time at Anfield has been ravaged by various injuries, with the centre-half managing just 31 league appearances in the last two seasons combined.

Thus, the upcoming summer transfer window could be the right time for Liverpool to sell Matip and find someone more reliable in that position.

The Reds in advanced talks to sign Ibrahima Konate

A youth product of the FC Sochaux academy, Ibrahima Konate, 21, arrived at RB Leipzig in 2017 and is now rated as one of Europe’s finest young centre-backs. Quick, strong and aerially dominant, the centre-back has performed very well for the Bundesliga club when fully fit and running. However, muscle injuries over the last two years, combined with an ankle problem, have limited the Frenchman to just nine Bundesliga appearances this season.

Konate fits the bill perfectly at Anfield as someone who could come in and make an immediate impact in defence, which has been all over the place for Klopp’s side this term. The France Under-21 international’s status as a top-quality young player with massive potential means that he also ticks the box as a brilliant long-term investment for Liverpool. However, the only concern surrounding the defender is his wretched record of injuries of late.