Marcel Sabitzer could be on his way out of RB Leipzig this summer, with Tottenham Hotspur interested in signing the midfielder. 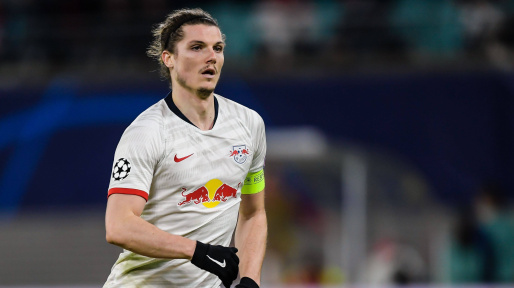 The Austrian international, 27, who joined RB Leipzig from Rapid Wien in 2014, has been a consistent performer for the German club in recent seasons and currently leads the team under the management of Julian Nagelsmann. With six goals and three assists in 21 Bundesliga appearances, he has played a key role in getting Nagelsmann’s side to second in the table and just four points behind leaders Bayern Munich.

Tottenham have been long-term admirers of Marcel Sabitzer, but they are going to face stiff competition from some of Europe’s elite clubs for his signature. The 27-year-old’s contract runs until 2022 and RB Leipzig certainly wouldn’t risk losing one of their star players on a free transfer next year.

Tottenham, who have endured a difficult season in the Premier League, were dumped out of the Europa League in the round of 16 in stunning fashion by Dinamo Zagreb. Jose Mourinho’s side were beaten 3-2 by the Croatian outfit despite gaining a 2-0 home advantage in the first leg.

Spurs were one of the favourites to win the Europa League, and by exiting the competition, they have made securing Champions League football a tad difficult next season. They currently sit sixth in the Premier League table, three points behind fourth-place Chelsea side that are unbeaten under new manager Thomas Tuchel.

Although Tottenham put behind the Europa League disappointment by beating Aston Villa, Mourinho and co. will need to go on a winning run to secure a top-four finish.

Central midfield is one area where Tottenham need an injection of energy and creativity. Summer signing Pierre-Emile Hojbjerg has been a consistent player, performing his role as a defensive midfielder efficiently. But Hojbjerg has lacked support in midfield, with Harry Winks, Moussa Sissoko and Dele Alli having struggled for consistent starts this season.

Giovani Lo Celso has suffered a series of injuries since arriving at Tottenham and is still striving hard for consistency. Tanguy Ndombele has improved leaps and bounds after a difficult first season in north London, establishing himself as a regular in Mourinho’s starting XI. Yet, Spurs seem to have missed the invention and guile from midfield to open up stubborn defences for large parts of this campaign.

Marcel Sabitzer would be an ideal signing for Spurs

Come summer, Mourinho must add a quality box-to-box midfielder to his ranks and Marcel Sabitzer would be a smart fit at the Tottenham Hotspur Stadium.

Sabitzer has established himself as one of the best midfielders in the Bundesliga in recent seasons. The 27-year-old can operate in a deeper midfield role, further up the pitch and as a wide midfielder, and such versatility should benefit a team like Tottenham. A leader on the pitch and off it, the Austrian international possesses the ability to create and score goals in equal measure, as demonstrated by his numbers at Leipzig.

Sabitzer would certainly add depth to Tottenham’s midfield ranks, whilst bringing in healthy competition within the squad. Thus, the north Londoners should do everything possible to sign the Austrian midfielder from Leipzig during the summer window.