Crystal Palace are set to battle West Ham and Wolverhampton Wanderers for the signature of Stoke City defender Harry Souttar. 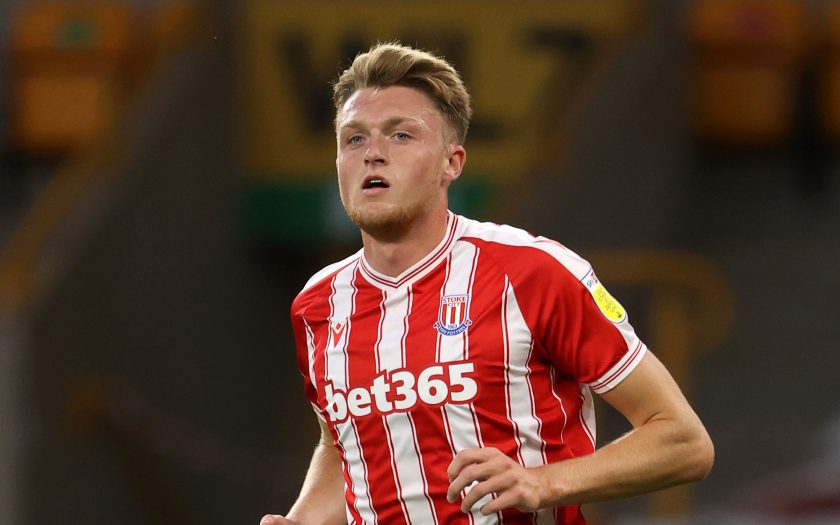 Harry Souttar, 22, has had a solid breakthrough season in the Championship, becoming a mainstay at the back for Michael O’Neill’s Stoke City. The big Australian international has made 32 appearances in the second tier of English football, scoring a goal, and is very much in the running for Stoke City’s player of the season. The central defender only recently signed a new long-term contract with the Potters, which runs until the summer of 2025.

However, that may not deter Crystal Palace, West Ham and Wolverhampton Wanderers, who have all scouted the highly-rated Stoke City defender regularly in recent months.

Crystal Palace have been inconsistent throughout the campaign and they currently lie 12th in the table. Roy Hodgson has built a counter-attacking, defensively robust side at Selhurst Park that generally doesn’t concede a lot of goals. However, things have been different this time around as Hodgson’s side have leaked 47 goals in 29 league games—the joint fifth-worst defensive record in the division.

The Eagles have had a lot of injury problems to their first-choice central defenders this term. Gary Cahill, James Tomkins and Mamadou Sakho have all missed large parts of the ongoing campaign with injury problems, forcing Hodgson to use Cheikhou Kouyate in central defence. While Scott Dann has managed to keep himself fit, he is 34 and clearly past his best at the top level.

Given Palace’s problems stopping goals this season and ageing defence which includes the likes of Tomkins (32), Cahill (35), Dann (34) and Sakho (31), Hodgson should prioritise addressing his team’s defence during the summer transfer window.

To put things into perspective, Crystal Palace are crying out for some much-needed defensive reinforcements to strengthen their defence ahead of the new campaign, and Harry Souttar looks like a fine young player in the age bracket to come through the door at Selhurst Park as an exciting addition to Hodgson’s squad.

Souttar has performed well in the Championship in what is his breakthrough season for Stoke City. In terms of his attributes, he is a physically strong player on/off the ball. A decent passer of the ball, the Aberdeen-born centre-half makes vital blocks and interceptions, as demonstrated by his statistics for the Potters this season. (WhoScored)

Standing at 6ft 6in tall, he’s an asset to have at both ends of the pitch too. The two-cap Australian international still has a lot of room for improvement at 22, which is another reason why he would be well worth a massive outlay for the south Londoners in the transfer market.

All in all, Souttar has the qualities to thrive in the fast-paced nature of the Premier League and should be a smart long-term addition to Palace’s ranks before the start of the 2021/22 season.