Going into this round of 16, Wales finished second in Group A on the same points as third-placed Switzerland but with a better goal difference.

Denmark themselves also finished second in Group B on the same points as Finland with a better goal difference too. 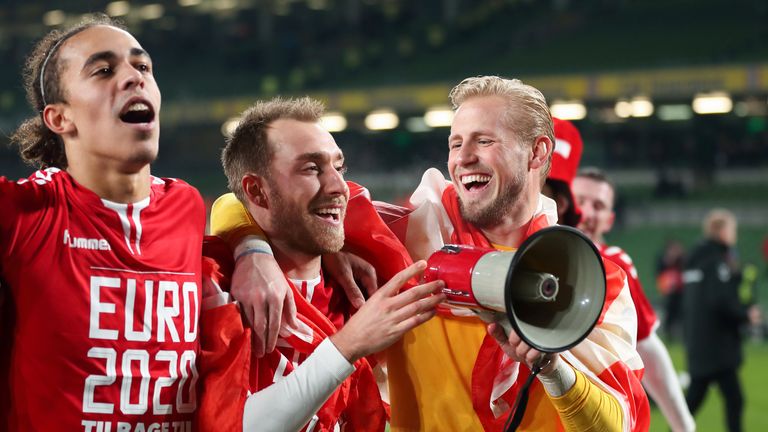 The tie will take place in Amsterdam so neither team has the home advantage but there will definitely be goals. Well, there has to be a winner is a must.

In their last five previous meetings Denmark have W3, D2, scoring six goals and conceding four along the way.

Wales fell to a 1-0 defeat in their final group game to Italy and in the group stages have conceded just two goals over two games after a clean sheet in matchday two. Denmark came alive in matchday three and only conceded one goal after scoring four, but over the three group games, they conceded four goals, at least one in each match.

With two assists in the group stages, Gareth Bale (Wales) netted three goals at Euro 2016 but is yet to score this time around. Meanwhile, Yussuf Poulsen has now scored in consecutive games and needs one more goal to equal Denmark’s record of three goals from a single player at the European Championships.

Ampadu (Wales) misses out after his red card against Italy. Christian Eriksen (Denmark) is still ruled out with the unfortunate injury picked up in matchday one.

Rob Page, Wales: “We’re all ambitious and we want to go as far as we can, but we’re not naive going into this game. We’ve watched Denmark play in their most recent game and you can’t be anything other than impressed by what they’re doing. We also know that, on our day, we can give anyone a good game.”

Kasper Hjulmand, Denmark: “We have prepared well and feel totally ready for all scenarios. All in all, we are well prepared and are looking forward to it.”

Denmark need one more goal to equal their goals scored from their victorious Euro 1992 campaign (6) where they also failed to win both opening games (D1, L1).

Winning this tie would be a dream for a Denmark team who wants to win it for their main man Christian Eriksen and get as far as possible.

Although they come into the tie with a 4-1 thrashing of Russia under their belts they have a tough job as they face a Wales side who are in fantastic form losing just twice in their previous 16 competitive internationals (W10, D4) and will no doubt take inspiration from their fairy-tale run to the semi-finals at Euro 2016.