Gareth Bale, one of the most successful footballers in the world and one of the greatest Welsh players ever, who set a transfer fee world record when he moved to Real Madrid in 2013 has found himself as a mere reserve player for Los Blancos, who under Zinedine Zidane have made it clear the Welsh footballer is not their preferred option, which could mean Bale will be sidelined for one more season. But where did Bale’s career took a turn for the worse and what does the future hold in store for him?

At 30-years-old Gareth Bale should be at the peak of his career, but instead lives a life of Real Madrid reserve, which could be his future for years to come should he not find a club prepared to sign him and give his football career another start.

Looking at where Gareth Bale’s career is now, it’s hard to imagine a player of his quality is not considered a key player of his team. Since joining Real Madrid in 2013 he has helped his team win 4 UCL titles, Spanish cup and Spanish Super cup which is only a tip of the iceberg of what he did for his team, but somehow he is still not liked among the fans as well as players. This, however, is not anything new, as it was reported numerous times before, Bale failed to find his place in Spain and in Real Madrid. There are of course several factors that contributed to that, which does not exclude his own contribution to the issue. As it was reported countless times now, he is extremely introvert and does not like to spend a lot of time with his teammates, which on its has a huge negative impact on his team chemistry. Additionally, it was reported he has not even begun to start learning Spanish, which after 6 years is kind of weird, to say the least. There is also the fact that he was not liked by Zinedine Zidane, nor any other coach that was in charge of the team during his time at the club.

While he has proven his worth numerous times, he simply did not live up to the expectations his coaches and fans had of him. Most notably the expectations for Bale to become the “new” Ronaldo, since his departure ahead of 2018/19 season, however, Bale failed to do so. This did not go down well with the fans who expressed their frustration with Bale several times publicly by whistling at him and overall making him feel unwelcomed. With no love from the fans, teammates and managers, Bale has now found himself in a position where he could either remain at the club and continue earning approximately €15 million/year or try to find another club who would give him a chance to reignite his love for the football and his career. However, there is a problem, as there are only a few clubs that could afford his salary.

One of the clubs that could do so are Man United, who have been linked with Bale several times in the last couple of months. However, the question remains if Man United even need a player like Bale on their team, especially with a rather huge salary that they will need to pay to keep him. They are of course not the only team linked with him. In fact, the rumours linked Bale with almost every big European team, however, the anticipated transfer is nowhere to be seen. 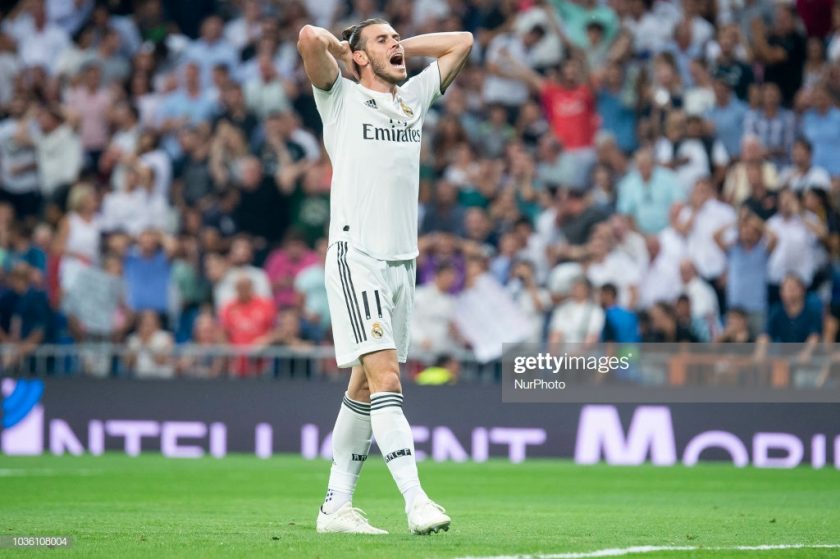 Most recently The Telegraph reported Bale could potentially move to China, where Jiangsu Suning and Beijing Guoan both expressed their desire for the Welsh winger. Seeing how he could move to China Super League might seem rather early for Bale, who undoubtedly is fit enough to compete in the strongest leagues in the world, so why would he travel to China? In the end, as it is with many things, money talks and when we talk about a possible move to China, the sums of money get outrageous. Bale is currently earning approximately €667,000 per week in Real Madrid. Should he consider moving to China, however, Bale could easily become the best-paid footballer in the world, surpassing even Lionel Messi, who is believed to earn close to €1.9 million/week. Most recent reports suggested Bale was offered over €1 million/week from Beijing Guoan however, with the huge interest in the Welsh winger, from Chinese teams, the offers are expected to go only up in the upcoming days/weeks.

Will Gareth Bale ends up in China is still a mystery, but not for long, as the Chinese transfer window closes next week, meaning any suitors will have to hurry and offer a tempting offer. Should his move to China fail, Bale has less than 3 weeks to find a new home or he will spend another couple of months sitting on the bench of Real Madrid, earning over €600,000/week and probably thinking of what could have been if he had not left Tottenham for Real Madrid in 2013.