In their bid to secure a UEFA Champions League spot for next term, Spurs are keen on making some much-needed signings to increase their squad depth and quality. While there has been a significant improvement under former Inter boss Antonio Conte, it is clear that the squad needs a revamp. 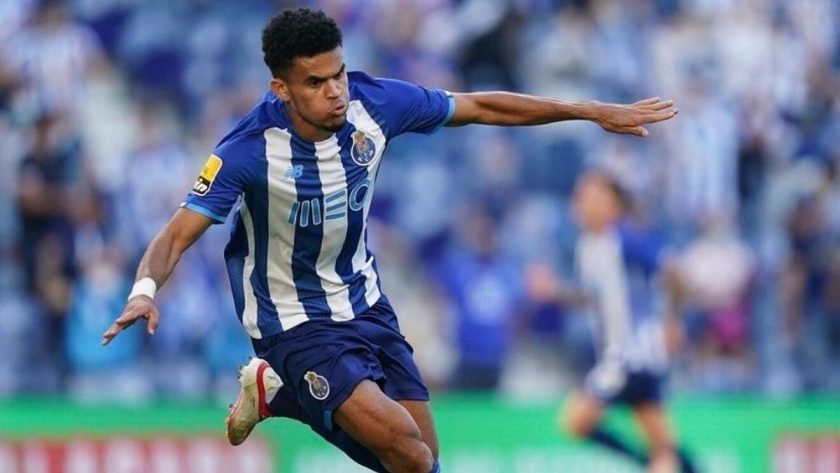 The attack has been one of the major issues for the North Londoners. With Harry Kane out of rhythm this season, Spurs have managed to net only 26 goals, the least among those in contention for the fourth place (Manchester United, Arsenal, West Ham United). While they have also conceded the least number of goals among those in contention for the fourth spot, the attack has led the Lillywhites down this season.

However, they have struggled to *finish* the deals and have lost out on Traore to Barcelona and are likely to lose out on Diaz to Liverpool.

Adama Traore has been the second-best dribbler in Europe (statistically) and is only behind Allan Saint-Maximin. With that said, Barcelona and Ousmane Dembele have had a fall-out and it is growing increasingly unlikely that we will see the Frenchman play for Barcelona once again. The former Borussia Dortmund winger has been asked to leave this month or renew if he plans on playing for Barcelona.

Barcelona were in talks with Wolves over a potential loan deal involving Adama Traore this past week. The former La Liga champions have now made their new signing official. It is further understood that Traore already has a five-year agreement in place with the Blaugrana, should they decide to exercise the buy option in the deal. With that said, Tottenham are now officially out of the race to sign Traore.

Barcelona will only hope that Adama Traore gives them the much-needed boost in the final third with his speed and dribbling. Moreover, with Dembele out, Xavi has been restricted to only a few attacking options capable of succeeding in 1v1s.

Liverpool close in on Luis Diaz

Liverpool have made signing Luis Diaz their number one priority. The Porto winger seems to have impressed the Reds during their UEFA Champions League tie. Having said that, Jurgen Klopp’s side have been looking to increase their attacking depth and Diaz seems to be a perfect fit for that.

The 25-year-old Colombian forward can not only play in the wings but as a central man as well.

It was not long before that Diaz was expected to join Tottenham. The Lillywhites were said to be close to reaching an agreement with Porto over the sale of the winger. The North Londoners were said to be ready to offer £37 million up-front with add-ons taking the total transfer fee to £46 million. Liverpool’s late interest has derailed Antonio Conte’s transfer plans.

One has to sympathize with the Spurs and their fans because both Barcelona and Liverpool were nowhere in the reckoning to sign Adama Traore and Luis Diaz respectively but with the two clubs showing late interest in their respective player of interest, Spurs have been left stranded in the transfer race.

It remains to be seen how Conte faces this mini-crisis and if any new signings will be made before the deadline day.