Aston Villa midfielder Jack Grealish has given an explanation to his superstition of wearing his shin pads and socks low during matches. 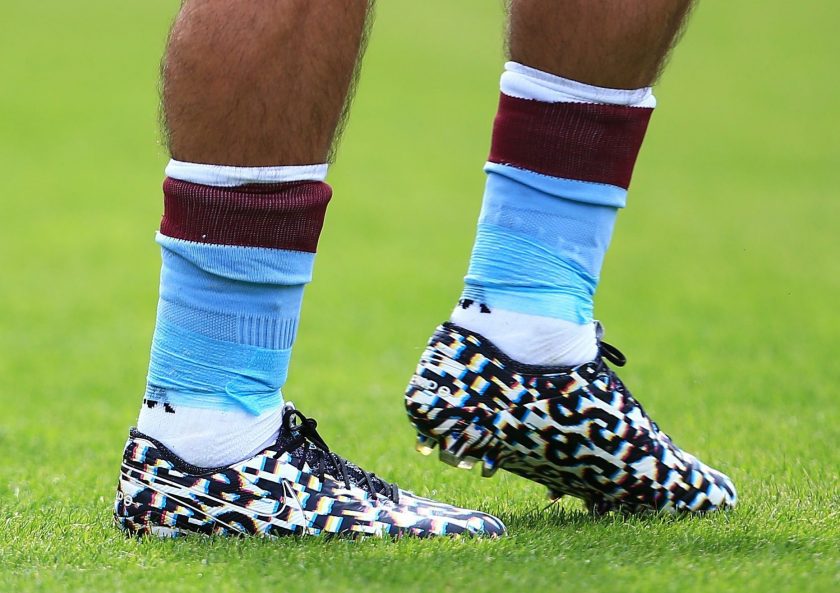 Grealish, 25, has undoubtedly been one of the Premier League’s standout performers this season, scoring five goals and assisting a further seven times in 15 games so far. The creative midfielder’s telling contributions has seen Aston Villa enjoy a superb start to the 2020/21 campaign, with Dean Smith’s side currently seventh in the table.

Recently, the Villa captain revealed as to why he doesn’t like rolling up his socks and how that’s unlikely to change throughout the remainder of his career due to superstitious reasons.

“Obviously your socks are supposed to go above your calves,” Grealish was quoted saying by Birmingham Live.

“But one year when I was here, the socks once shrunk in the wash. So they wouldn’t go higher.

“That season, I ended up playing really well. So it became a superstitious thing for me. I thought ‘I’m going to keep doing this because I’ve done well’.”

There had previously been rumours that the 25-year-old wore his socks so low after watching footage of Manchester United great George Best, who would ghost past defenders with utmost ease with his socks around his ankles.

However, Grealish quashed the speculation by adding: “A lot of people say that it’s because of George Best,” he said. “While I love him and admire so much what he did, that isn’t the reason.”

As per a source close to the player, Grealish wears ‘teenage’ shinpads, somewhere between large child and small adult size, reports Birmingham Live. The England international uses such small shinpads because that helps him move more freely as he finds the protective gears that go further up his leg to be obstructive.

“It’s a superstition that I’ve done all my life and I’m going to keep it that way.”

”A few referees have tried telling me but I’ve got to keep it like that,” Grealish concluded.

Grealish will look to continue his red-hot form when Aston Villa hosts Liverpool in the FA Cup third round on Friday. The Villans trounced Liverpool 7-2 in the Premier League earlier this season, with Ollie Watkins scoring a first-half hat-trick and Grealish having a hand in five goals.

Last year, Manchester United were interested in signing Grealish in 2020 but were put off by his £80million price tag after the Villa captain helped his side to avoid relegation. He netted 10 goals and set up eight more in all competitions as Dean Smith’s side beat the drop on the final day of last campaign. The 25-year-old playmaker subsequently signed a new contract with his boyhood club as Manchester United signed Donny Van de Beek from Ajax before the start of this season.

Grealish was unable to help his side get the better of Ole Gunnar Solskjaer’s team in Friday’s Premier League game as United edged past the Villans 2-1. He was unplayable at times against United but couldn’t prevent his side from slipping to defeat at Old Trafford.

There has been a sharp rise in stock following Grealish’s Premier League and England performances. The England international is Villa’s skipper, the talisman and now he’s delivering the goods on a consistent basis. Should he continue his dazzling form, Grealish will likely attract a lot of interest from top clubs, including Solskjaer’s United.