Jack Grealish is the name that every Aston Villa fan is signing, as he captained his boyhood club to safety. Villa managed to stay up in the Premier League this season and avoid relegation. A big part of their success was Jack Grealish, the Englishman played like a proper talisman and never shied away from responsibility. 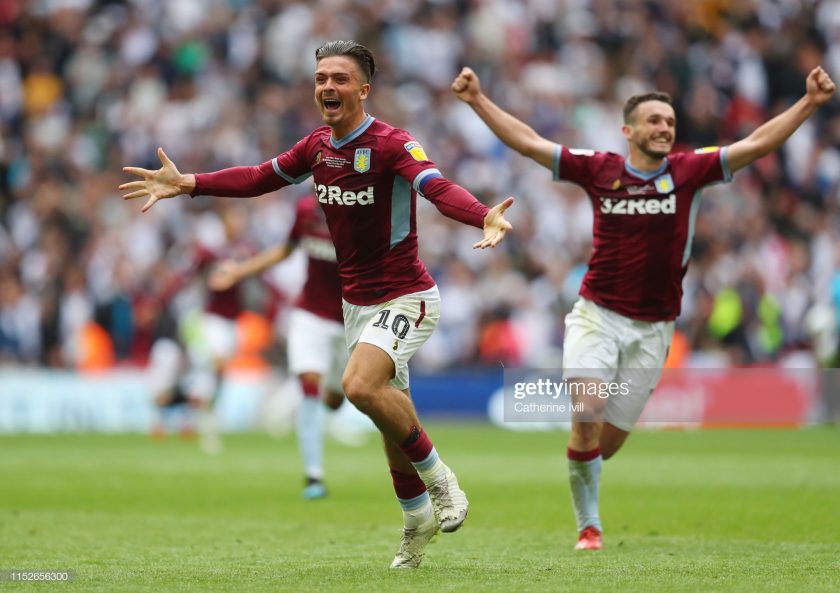 The Lions often struggled to maintain possession when playing from the back as the opponents pressed them hard. Grealish would often drop deep and help his team to take the ball further up the pitch. He used his trickery and managed to go past opponents with ease. In the process he was fouled a lot, this season on an average he was fouled 4.9 times which is highest in the league’s history.

However, when a player performs so well it is obvious that top clubs would be interested in him. These top clubs can offer him higher wages, better competitions to participate in and it also gives him a chance of winning trophies as well. Currently, Aston Villa are not in a position to offer him all of that, and Grealish could be tempted to leave his boyhood club to take the next step in his career.

Grealish’s performances have been excellent and it is a surprise that the likes of Mason Mount have been given  English caps but he has been ignored. Though the English media is famous for praising their players Grealish is one such player who hasn’t been praised a lot by the English media. The Englishman’s stats have been great, given the fact that he played for a mediocre team like Villa. On an average, he created 2.6 chances per game in the Premier League and he averaged 2.1 successful dribbles per game as well.  He also managed to score 10 goals and further provide 8 assists in all competitions. Grealish was also involved in creating good opportunities for teammates who then assisted other players as well, something which hasn’t really been calculated statistically. Also, the physiological impact he had on Villa’s team is undervalued, with his presence on the pitch the Lions would have often felt that they can get something out of a game.

Many believe that he will follow the footsteps of Steven Gerrard and despite offers from top teams, he won’t leave Aston Villa. However, it must be taken into account that during Gerrad’s time at the club Liverpool gave him the chance of winning big trophies which Aston Villa can’t. Manchester United are a club that have been heavily linked with a move for the Englishman, however, Villa are also determined not to get bullied and as they have slapped an $80 million price tag on him.

The question that comes up now is whether Grealish will stay at Aston Villa next season or not? Manchester United would have liked to bring both Sancho and Grealish to Old Trafford in the same transfer window but due to the current financial crises, they can’t. The latter seems to be the priority for the Red Devils for the time being. Though Dortmund have rejected United’s initial offer but when United want a player they usually get him. While other big clubs like Arsenal and Tottenham can’t afford to sign him. Manchester City and Chelsea have different targets in Torres and Havertz respectively. Thus the only club with a real interest in him is Manchester United.

The Red Devils will try to first sign Sancho, as the former Manchester City winger is younger than Grealish and he has played Champions League football. Ole Gunnars Solksjear’s side need a right-winger and Grealish is better suited as No.10 or on the left-wing. However, if they are unable to sign Sancho only then they will go for Grealish. Though it is unlikely as United have a history of on overspending on a player they are obsessed with, they did the same with Pogba and Maguire and it will happen with Sancho as well.

In the present moment that hardly seems to be the case and it looks like Grealish will happy to stay with Villa for next season. He is a boyhood fan of the club as well and Aston Villa could also convince to stay for another season so that they can solidify their status in the Premier League. The Lions are unlikely to lower their $80 million demand for their talisman and given United’s preference for Sancho, it seems like Grealish will stay at Aston Villa for next season.