Juventus welcomed Lyon at home in the Round of 16-second leg. The Bianconeri had lost the first leg in France by 1-0. There was plenty of optimism among Juventus supporters that their team will be able to turn things around as they did last year during the same stage of the competition against Atletico Madrid. 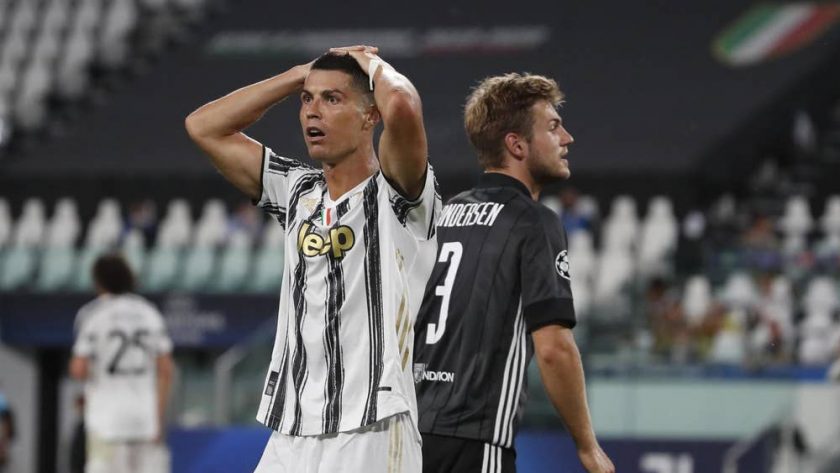 While Lyon were aware that they are in for a long night and they will have to defend for the majority of the game. The French look determined and they were not going to go down so easily.

Lyon’s early nerves were settled when they were awarded a penalty in a highly controversial manner. Houssem Aouar received the ball inside Juve’s box and Rodrigo Bentancur made a clean tackle. The Uruguayan clearly got the ball and he disposed Aouar off the ball. The referee awarded the penalty to utter shock and dismay of Juventus players.

Though from an on-field referee’s perspective it might have looked like a penalty and thus he would often tell Juve players to calm down as VAR is having a look. Despite a long VAR check Lyon were awarded a penalty. Some say that it was because of Bentancur’s follow up but in truth, his legs had nowhere to go and it was not intentional. Memphis Depay converted the resulting penalty with a panenka with Szczęsny going in another direction.

Things were now looking very tough for Juventus as they would now need three goals to win the tie and go through in the next round. They looked dull for the majority of the first half somehow they managed to create a few chances but failed to take them.

In the latter minutes of the first half, another controversial penalty was awarded but this time to Juventus. Miralem Pjanic took a freekick and Lyon’s wall was inside the box. The ball did touch Depay but Juve were awarded a penalty because it hit his midsection and his arms were tucked in. Depay’s arms were tucked close to the area where the ball hit him Juventus were given a penalty. Even the Juventus player were not protesting for it but German referee Felix Zwayer thought differently.

Cristiano Ronaldo stepped up and gave Juve a lifeline as he calmly converted the penalty sending Anthony Lopes the other side. In the second half, the Bianconeri were a different team and they started to play with more fluidity and better passing. Cristiano Ronaldo again took the matter in his own hands, he switched to the right side cut with his right foot and smashed a shot with his left foot to score Juve’s second.

Anthony Lopes did manage to get a hand on it but was unable to stop it as he diverted the shot to the inside post and the ball went in. After that goal belief was very strong in that Juventus team as they had almost thirty minutes to play that can go through if they score another goal.

However, Lyon were resolute and they defended very well. The Turin giants did create a few chances but never really managed to create a clear cut chance. Dybala also came on but he had to leave the pitch shortly as he could not continue due to his injury.

This was also a big blow to Sarri, who was hoping that Dybala could be the decisive player for him. Big credit also goes to Rudi Garcia and his Lyon side, who were not intimidated by this Juventus team. In even in the second half they would defend well and look good in possession and counter-attacks. They were always threatening Juve’s goal and they gave the Turin giants a tough competition.