It has been a similar story for both FC Barcelona and Napoli. Both of them sacked their managers midseason and appointed new ones. With Barca going for Quique Setién and Napoli going for Gennaro Gattuso. Both of them failed to achieve the league targets set by them at the start of the season.

Napoli would have wanted to qualify for Champions League but they finished seventh. Barca aimed at winning the La Liga but lost to arch-rivals Real Madrid. Though Napoli did manage to win the Coppa Italia and Barca will hope that they win the Champions League to avoid going trophyless this season. 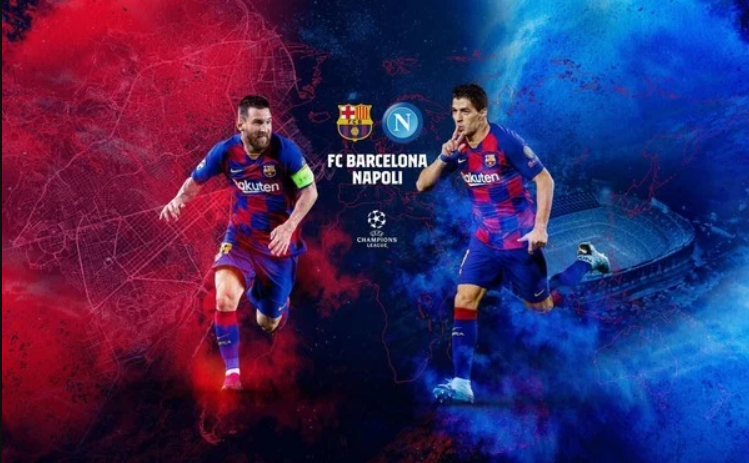 The first leg in Naples ended in 1-1 draw with Barca being the favourites they know that Napoli have the quality to knock them out. However, Gennaro Gattuso has warned that his team has to climb an Everest to beat Barca.

He said: “We will have to climb Everest. We will have to put in a great performance tactically and technically. We will give everything but that might not be enough against a great team”.

On the other hand, there is some speculation that this could be Quique Setién last game in charge of Barca. When he comforted with this question he said: “It has never crossed my mind that this is my last game in charge, we have been preparing the match as though we are going to advance and continue.”

He also warned his team to vary of Napoli as they have improved under Gattuso in all aspects of the game.

Gli Azzurri have a top centre back in Kaliduo Koulibaly with the likes of Mertens, Insigne and Fabian Ruiz are very dangerous. Though Insigne might not start as he had injury problems but he has still managed to make to the squad for Barca clash. They will also be without Nikola Maksimovic and Kostas Monalos is likely to replace him.

Napoli have other good players as well such as Milik, Mário Rui and Piotr Zieliński who are not that much in news but are capable of causing Barca problems. Napoli’s fluid passing and combination play on the counter-attacks will be the key for them. They are likely to sit back and sock up Barca’s pressure.

While for Barca the return of Antoine Griezmann is a big boast, who said to be fully fit after his hamstring injury. However, the Catalans will be without six players for the game. Sergio Busquets and Arturo Vidal both are suspended, while the French duo of Samuel Umtiti and Dembele are ruled out with injuries, Martin Braithwaite is ineligible and Arthur Melo has refused to play for the club.

Lionel Messi will lead the line but Napoli need to wary of Antoine Griezmann and Suarez as well. Under Setién Barca have sometimes struggled to pass the ball around quickly and they have struggled to open up defences as well. Also without the fans, they don’t really have a home advantage.

This is Napoli’s third knockout game away from home in the Champions League in recent years. With previous two ending in defeat to Chelsea 1-4 in 2012 and 3-1 to Real Madrid in 2017. While Barca are chasing a record of an unbeaten run at home in European football held by Bayern Munich with 43 games between 1961 to 1999. Currently, Barca are at 35 games unbeaten run at home.