Manchester United are preparing a £50 million-plus swoop for Wolves star Pedro Neto ahead of the summer transfer window. 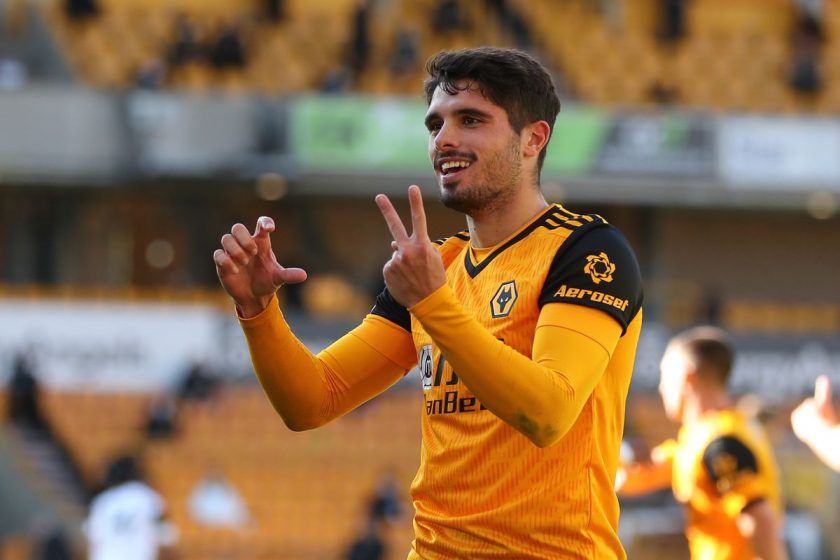 Pedro Neto, 21, has been in great form this season and is the joint top scorer for Wolves – tied with Ruben Neves on five. The Portuguese wide-man also leads the way for assists, with five as well, and has caught the eye in an otherwise disappointing campaign for the Black Country outfit.

Manchester United have made signing a right-winger a priority this summer and Neto, who came to Carrington on trial from Portuguese outfit SC Braga back in 2016, is now observed as a more practical option compared to Borussia Dortmund star Jadon Sancho.

Sancho, 21, who joined Dortmund from Manchester City in 2017, enjoyed a brilliant 2019/20 campaign where he registered 20 goals and as many assists in 44 appearances across all competitions. The England international is enjoying another fine campaign with the German club, having scored 12 goals and provided 16 assists in all formats.

Dortmund are experiencing financial problems as a result of the Covid-19 pandemic, and should they fail to qualify for next season’s Champions League, they could be forced to cash in on Sancho this summer. Sancho, a top asset for Dortmund, is one of United’s summer targets as Ole Gunnar Solskjaer looks to solve his team’s right-wing problems.

The Red Devils were judicious last summer, spending under £100 million on new recruits. Facundo Pellestri, signed from Uruguayan club Penarol, was loaned out to Spanish club Alaves in January, while there’s pressure on exciting teenager Amad Diallo to fill the right-wing spot. Nonetheless, United’s apparent interest in Sancho means signing a new right-sided forward remains high on the list of Solskjaer’s priorities ahead of the new campaign.

Is Pedro Neto the right alternative to Sancho?

If United fail to land Sancho this summer, should they make a move for Pedro Neto? Certainly, it won’t be a bad idea.

Neto has been one of the most impressive youngsters in the Premier League this term. He has already surpassed last season’s six top-flight goal contributions, catching the eyes of many with his speed, directness, energy and dribbling. The Portuguese has been Wolves’ go-to attacker, especially after centre-forward Raul Jimenez suffered a fractured skull against Arsenal in November. He has taken his game to the next level this term and is already a full Portugal international.

Apart from his breakneck pace to go past his opponent and dribbling skills, the 21-year-old has the vision to unlock a rigid defence with an incisive pass in the final third, whilst putting in a tireless shift to help his defensively when required. Neto will not only add a lot of quality to Solskjaer’s attack but will also increase competition for places within the Red Devils squad.

All in all, Neto ticks plenty of boxes as just the ideal alternative to Sancho if Solskjaer is determined to invest heavily in an out-and-out right-winger this summer.