Tottenham Hotspur and Arsenal have been alerted to the availability of Real Madrid star Lucas Vazquez after the winger rejected a new offer from the Spanish club. 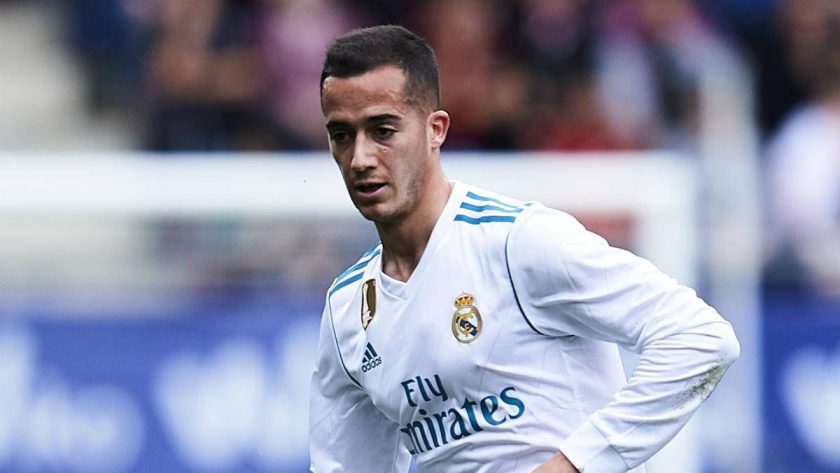 Lucas Vazquez, 29, has never managed to cement his place in Real Madrid’s starting XI since making his first-team debut back in 2015. Nevertheless, the Spaniard has always made himself available to the Real Madrid manager and while becoming a more vital part of Zinedine Zidane’s team this season due to Eden Hazard’s injury, with 19 league starts so far, he could move away from Santiago Bernabeu.

The winger is understood to want a long-term contract at Real Madrid and has rejected a new deal offer—a three-year contract with a 10 per cent reduction in wages. With his deal expiring at the end of the season, Vazquez could be on the move.

Having worked with Jose Mourinho before, Vazquez is believed to love the idea of reuniting with the Portuguese tactician again, while the appeal of living in London means Arsenal have also been proposed as a potential destination.

Vazquez hasn’t been a first-team regular at Real Madrid since making his debut in 2015. Yet, he has made 204 appearances across all competitions, scoring 26 goals. Playing a much more integral part in Zidane’s side this season, the Spanish international has registered two goals and seven assists in 31 appearances so far.

The 29-year-old is a two-time La Liga winner with Real Madrid and was a part of the side that won three consecutive UEFA Champions League titles under Zinedine Zidane. He has also won Supercopa de Espana and UEFA Super Cup twice each, whilst lifting the FIFA Club World Cup thrice. With a trophy cabinet as big as the Spaniard, it’ll be no big wonder if he gets snapped up by a prestigious European club on a potential free transfer this summer.

Jose Mourinho has an embarrassment of riches in attack

Tottenham manager Jose Mourinho has a plethora of attacking options at his disposal, even if he isn’t currently getting the best out of them. In Harry Kane, Son Heung-min, Lucas Moura, Gareth Bale, Carlos Vinicius, Steven Bergwijn and Dele Alli, Mourinho really has some top attacking talents that can win games single-handedly on their day.

Despite a star-studded attack that is capable of ripping apart teams to shreds, there is room for improvement and the experienced Vazquez could raise the Mourinho-managed side’s level of intensity.

Without Champions League football next season, Tottenham could badly suffer from a major lack of finances. And that could directly affect the north London club’s wish to sign Gareth Bale permanently from Real Madrid due to his staggering £600,000 per week salary. Bale, 31, returned to Tottenham on a season-long loan last summer after spending seven trophy-laden years with Real Madrid.

With Spurs getting eliminated from the Europa League last week and struggling for form in the Premier League, the idea to sign Bale permanently is in big doubt. The Wales international’s return to Spurs has been marred by injuries and inconsistent form, with the winger playing just 23 times so far.

The 31-year-old has not risen up to the standards expected from him by Mourinho, who must look to keep his squad depth unharmed by signing Vazquez should his club fail to land Bale on a permanent basis. Predominantly a right-winger, Vazquez is capable of playing as a right-back and at right wing-back too, and such versatility would always be a boon for any manager. Also, Mourinho knows the Spanish player well due to his time at the Santiago Bernabeu.

Having won almost every major trophy with the Los Blancos, Tottenham signing Vazquez on a potential free transfer in June would be extremely smart.