Tottenham Hotspur have decided against signing Carlos Vinicius on a permanent deal, with Wolves, however, keen on the striker now. 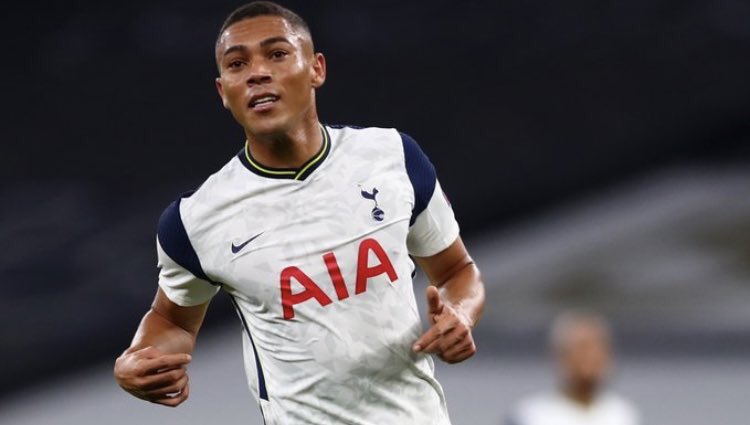 Carlos Vinicius, 26, joined Tottenham Hotspur on a season-long loan from Benfica in October 2020. The Brazilian centre-forward has struggled to make an impact for the Lilywhites, scoring just 10 goals in 24 appearances across the season, including nine in cup competitions.

Therefore, the north London club is not expected to exercise the option of turning the 26-year-old’s loan move permanent in the summer. Nevertheless, Vinicius is now being monitored by Wolves, who have many of their players represented by GestiFute—a company that represents the Benfica striker.

Wolves need quality reinforcements to come back stronger next season

Wolves have had a season to forget after playing in Europe last term. They are currently 12th in the table after 35 games, five points behind 10-place Leeds United. The performances and results of the Wanderers have regressed this term, exposing a lot of cracks in Nuno Espirito Santo’s squad.

Form and injuries to some of their key players have not helped Wolves’ cause at all, leaving Nuno to manage with the limited resources at his disposal. Thus, Wolves need to strengthen their squad by addressing the key areas over the summer transfer window if they are to break into the top eight next term.

One of Wolves’ glaring problems has been lack of goals, with Nuno’s men managing just 35 in as many games.

Since Raul Jimenez’ nasty skull injury against Arsenal in October, the Wanderers have lacked a goal threat more often than not. Losing such a key player in Jimenez to injury was a big blow and Nuno tried addressing the Mexican striker’s loss by signing Willian Jose on loan from Real Sociedad in January.

However, the move hasn’t quite worked, with Jose managing just one goal in 14 Premier League appearances so far. Fabio Silva, 18, signed for £35million from FC Porto in the summer that made him a club-record buy, is slowly adapting to the demands of English football. At the age of 18, the Portuguese is actually one for the future and must be managed carefully.

Following Wolves’ struggles in scoring goals, adding more firepower to the attack has to be a priority for Nuno this summer.

Will Carlos Vinicius be a good fit at the Molineux?

Benfica’s Carlos Vinicius, who is currently on loan at Tottenham, is being eyed by Wolves.

Vinicius was brought in at Tottenham to cover and compete with Harry Kane—one of the elite strikers in the game. While he has done the job of covering Kane to some extent, the striker is miles behind to really compete at the highest level with the Spurs talisman. Nevertheless, Vinicius has shown flashes of his promise, especially in cup competitions, which could make him a good foil for Jimenez at Wolves next season.

Strong and powerful with a decent turn of pace, the Brazilian could do well if given a run of games, which sadly he hasn’t got at Tottenham. Not to forget, the 26-year-old netted 24 goals in 47 games for Benfica during the 2019/20 campaign, which prompted Spurs to sign him as a back-up to Kane.

That simply tells with regular opportunities and service, Vinicius could flourish. He has the qualities to thrive in Nuno’s system, whilst covering and competing with Jimenez. However, it remains to be seen whether or not the Wanderers take a punt on the burly Brazilian to solve their goalscoring woes next term.