West Ham are among the trio of clubs interested in signing Torino full-back Ola Aina in the summer. 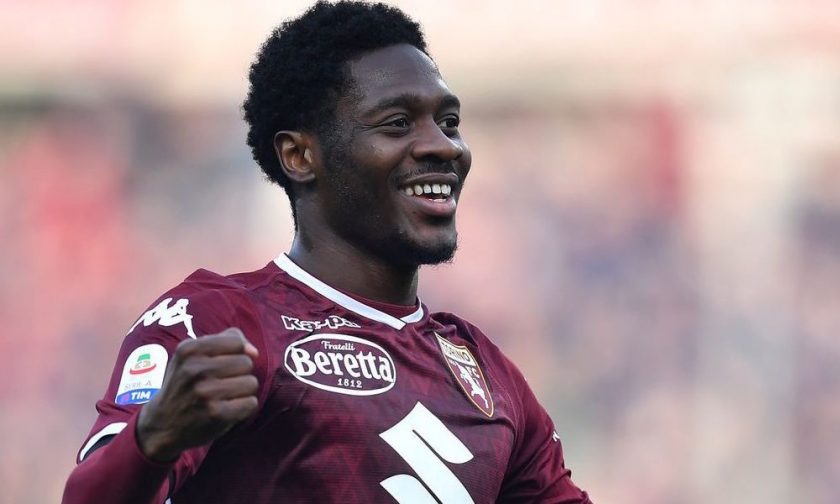 A product of the Chelsea youth academy, Ola Aina, 25, managed only six first-team appearances during the 2016/17 season. The full-back enjoyed a season-loan spell with Hull City, where he clocked 44 appearances in the Championship.

After signing a new three-year deal with Chelsea, the Nigerian international joined Torino initially on loan with an option to buy at the end of the season. After an impressive debut season in Turin, Torino triggered the option to sign Aina permanently from Chelsea for a fee of around £9 million. The 25-year-old was a mainstay in the Torino backline again during his second season, playing 37 times in all competitions.

Aina returned to Premier League in 2020, signing for newly-promoted Fulham on a season-long loan deal with an option to buy. However, Fulham’s relegation meant they couldn’t trigger the option to buy him permanently and Aina subsequently returned to Torino.

Torino’s willingness to listen to offers for the versatile defender at the end of the season has attracted interest from West Ham, Crystal Palace and Lille. Aina will have only 12 months left in his contract in July and the Turin-based club will put him on the transfer list if he doesn’t agree on a new deal quickly.

West Ham must beef up their squad

After finishing in the top-six places last season, West Ham are currently challenging for Champions League spots, which is a testament to the job David Moyes has done in a couple of years’ time. But a quiet January transfer window means Moyes has to complete the season with the squad available at his disposal.

For an ambitious side trying to break into the top four, the Hammers definitely need more quality players and a bigger squad.

Should the Hammers make a move for Ola Aina?

Ola Aina is an extremely versatile player who can operate in various defensive roles as well as in midfield. He is primarily a right-back but has played at left-back, left midfield, centre-back and right midfield throughout his career.

The 25-year-old has been used regularly as a left midfielder by Torino head coach Ivan Juric this season, and it seems as if Aina is now catching the eye of some clubs. Aina has been excelling in Juric’s 3-4-2-1 formation, showing great energy, speed and attacking intent.

West Ham can do with a player of Aina’s skill-set and versatility. Moyes has primarily used the 4-2-3-1 system at West Ham but he’s never been shy to change it to a 3-4-3/5-4-1 when required. Aina could take the left-back spot in the 4-2-3-1 system, replacing the ageing Aaron Cresswell in the process. Arthur Masuaku hasn’t been consistent enough when given chances and has to be moved on at the end of the season if Aina is signed.

Being a natural right-back, Aina would compete and cover with Vladimir Coufal, Ryan Fredericks and Ben Johnson. Capable of playing in a three-man defence and as a wing-back as well, the ex-Chelsea man would be a terrific addition to Moyes’ West Ham side.

Aina appears to be a player developing steadily at Torino, so the Hammers could be onto something if they win the race for his signature.