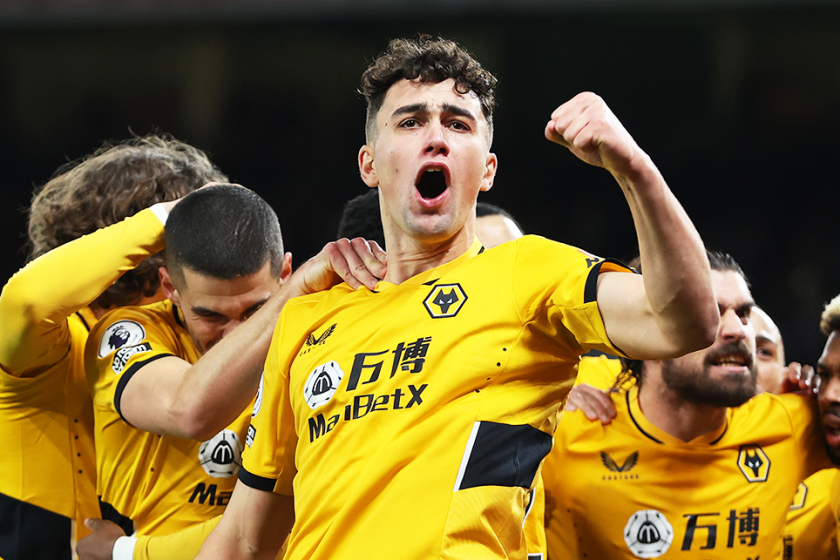 Max Kilman, 24, has enjoyed a slow but steady rise at Wolves, and following his rock-solid displays this season, he has been tipped for an England call-up. He has been a mainstay in a Wolves defence that has the joint-second best defensive record in the Premier League this season behind league leaders Manchester City.

Chelsea scouts have been monitoring the progress of the 24-year-old English defender in recent weeks and it is understood they were present at Molineux during Wolves’ 2-1 win over Leicester City on Sunday. A boyhood Blues fan, the west Londoners could make a move for Kilman if the likes of Antonio Rudiger, Cesar Azpilicueta and Andreas Christensen depart.

Chelsea have Antonio Rudiger, Cesar Azpilicueta, Thiago Silva, Andreas Christensen, Malang Sarr and Trevoh Chalobah on their books. However, Rudiger, Christensen and Azpilicueta have entered the final few months of their contracts, and renewal is nowhere in sight.

Thiago Silva is at the wrong end of his career and his stay for another season can only be considered a short-term gain for the Blues. With Trevoh Chalobah and Malang Sarr not much experienced in the Premier League, Thomas Tuchel has prioritised recruiting a centre-back when the transfer window reopens.

Should the Blues make a move for Max Kilman?

Max Kilman is an up and coming English defender who has impressed at Wolves over the last 12-15 months. Alongside Conor Coady and Romain Saiss, he has helped Bruno Lage’s side maintain a stingy defence that has leaked just 18 goals in 24 games—a better record than clubs above them such as Liverpool, Manchester United, West Ham and Arsenal.

The ex-England futsal international has shown great signs of improvement under Bruno Lage, thus, catching the attention of a number of clubs including Chelsea. Standing at 6ft 5ins tall, Kilman is a strong and aerially dominant defender with solid positional sense and passing ability. The London-born talent is generally calm under pressure and never hesitates to make slide challenges to win the ball back.

With his towering presence at the back, coupled with his aggressive yet effective style of play, Kilman would be a good fit in Tuchel’s 3-4-2-1/3-4-3 system at Chelsea. Due to his passing range and composure on the ball, he would be an upgrade over Sarr and can take the left centre-back spot if Rudiger departs. The Englishman would add solidity to the Blues backline, whilst being a smart long-term replacement for Rudiger.

However, with his contract at Molineux not expiring until 2026, Kilman definitely won’t come cheap in the summer.