Aston Villa will look to battle it out with Newcastle United for Liverpool outcast Joe Gomez in the summer transfer window. 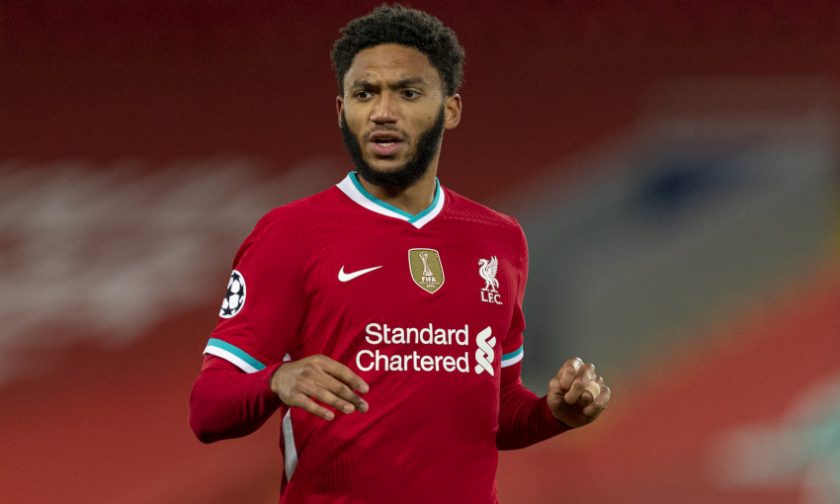 Joe Gomez, 24, has become somewhat of a forgotten man at Liverpool, managing only five Premier League appearances to date this season. The defender had barely featured in the league before completing 90 minutes in the Reds’ 3-1 victory over Norwich City last weekend.

The arrival of Ibrahima Konate from RB Leipzig before the start of the campaign has pushed the England international further down the defensive pecking order. Recurrent injury problems has hindered Gomez’s progress at Anfield over the last 12-15 months.

Being Liverpool’s fourth choice at centre-back now, the England international may force through a move at the end of the season to get his fledgling career back on track. His situation at Anfield has caught the attention of both Aston Villa and Newcastle United, with the former having had approaches turned down in the January transfer window. This forced Aston Villa to look elsewhere for defensive reinforcements and they ended up signing Calum Chambers from Arsenal.

However, the Villans are set to reignite their interest in Gomez, as manager Steven Gerrard eyes a quality first-choice centre-back option after the club’s defensive woes. But they will face competition from cash-rich Newcastle, who are currently battling to maintain their top-flight status.

Aston Villa have been all over the place defensively

Presently, Aston Villa have just four central defenders, including captain Tyrone Mings. The other three are Ezri Konsa, Calum Chambers and Kortney Hause. Mings and Konsa have formed a strong partnership at the back since the last two seasons. However, the pair has struggled to dish out consistent displays this term, leaving the Villans leaky at the back.

As evident from their tally of 37 goals conceded in 24 games, Villa haven’t been great defensively, often lacking organisation and leadership at the back. The January arrival of Calum Chambers undoubtedly has added depth to their defence but he isn’t a top-quality option that can start week in, week out for Steven Gerrard’s side.

Joe Gomez could be a smart option for the Villans

Without any second thoughts, Villa are in dire need of defensive reinforcements. To put things into perspective, Joe Gomez is still relatively young and has the qualities as well as the experience to make an immediate impact at Villa Park.

Gomez has had awful luck with injuries in recent years but he has kept himself fit this season and is raring to play regularly at Liverpool. However, that hasn’t happened due to intense competition and he is looking to leave the Reds in the summer.

A move to Villa would be beneficial to the Englishman’s hopes of regular football and getting back into the international fray ahead of this year’s World Cup in Qatar. Truly, Gomez would be a smart addition to Villa’s defensive unit that is crying out for some much-needed solidity and leadership skills.