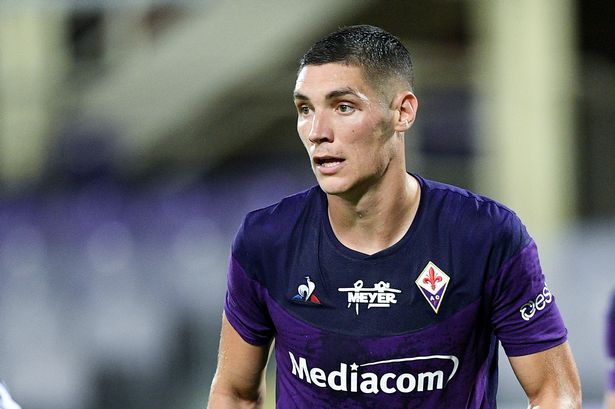 The Hammers seemed to be in pole position to sign the Serbian international but have been unable to agree a fee with Fiorentina and discussions have concluded for now. Instead, Nikola Milenkovic could be heading to Tottenham Hotspur, who want to add another defender having already signed Cristian Romero on a season-long loan from Atalanta with an option to buy for €55m.

Milenkovic, 23, has been at Fiorentina since 2017 having joined from his boyhood club Partizan Belgrade. The defender has made 128 appearances in all formats for La Viola, scoring 11 goals. But the Serbian has entered the final year of his contract and could be available for a cut-price deal this summer.

Meanwhile, Spurs have requirements in various areas of the pitch and are looking at many profiles of players to fill the gaping holes in the squad. They remain in the transfer market for a top-quality striker, regardless of what happens with Harry Kane, while also aiming to reinforce their defensive options further before the transfer window closes on August 31.

Named Serie A defender for his rock-solid performances at Atalanta last season, Cristian Romero has arrived at Spurs with much fanfare. The tough-tackling, aggressive centre-back, who won the Copa America with Argentina earlier this summer, is a leader and would be an ideal long-term replacement for the departed Toby Alderweireld.

Yet, considering Tottenham’s defensive frailties under former manager Jose Mourinho last term, they could do well by adding another centre-back, as Eric Dier and Davinson Sanchez have failed to prove their consistency at the club. Japhet Tanganga is young and can be shaped into a solid centre-back but he needs time.

Joe Rodon, signed from Swansea City last summer, didn’t play a lot of games in his first Premier League season. A full Welsh international, he will get chances under new manager Nuno Espirito Santo this term. However, for the north Londoners to compete for a top-four spot and end their long trophy drought, Nuno needs more depth in his centre-back ranks.

Could Nikola Milenkovic be a good addition to Spurs’ defensive ranks?

Nikola Milenkovic has performed well over the last few years at Serie A, and is at the right age to leave Italian football and test himself in the Premier League.

Standing at 6ft 5ins tall, the 23-year-old is a towering, strong defender with lots of power and superb aerial ability. A centre-back by trade, he is more than capable of operating at right-back, as demonstrated in the last few seasons at Fiorentina. The Serbian international is a good passer of the ball and never shies away from jumping into challenges and tackles.

Due to his physicality and aerial prowess, Milenkovic is an asset to have at both ends of the pitch. The 11 goals he has scored so far for the Serie A club speak volumes of the threat he possesses from set-pieces. Add to his solid Serie A experience and international pedigree, Milenkovic could seamlessly slot in Spurs’ backline.

Nuno has the canny ability to improve players as evidenced during his time with Wolves. The Portuguese tactician would certainly help Milenkovic improve and unlock his massive potential. All in all, Milenkovic at 23 years old could turn out to be a smart long-term investment for Tottenham.