With the January transfer market open, the race between football clubs who are looking to strengthen their teams began. More times than not, we see two or more clubs shortlisting a specific player, which starts a battle between the two as they bid against each other in order to persuade the said player to join them. One such player is Thomas Lemar, an Atletico Madrid midfielder who has been targeted by Chelsea and Tottenham. 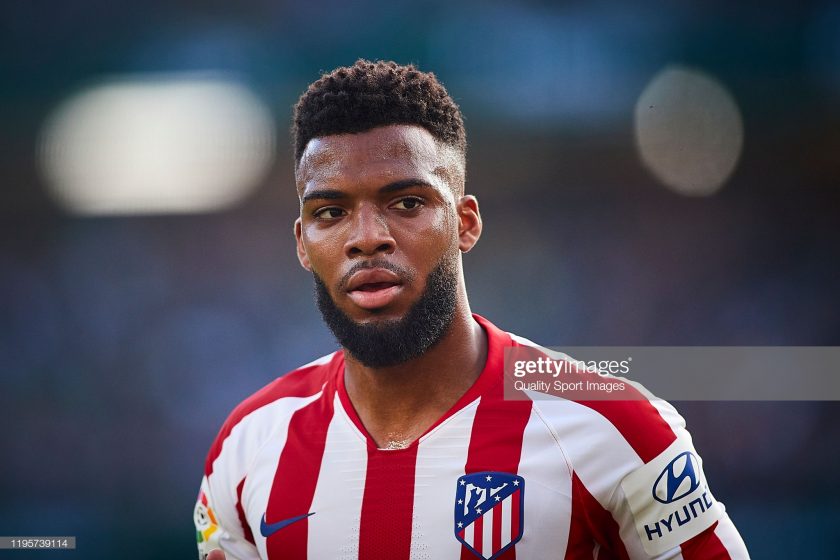 Thomas Lemar is a 24-year-olf French left-winger, who started his career at SS de Baie-Mahault in 2003, at only eight years of age and later in 2010 joined with SM Caen U19. From there he worked his way up to SM Caen B and in 2013 joined up with the main squad.

After spending two years with SM Caen, Lemar joined up with Monaco in summer of 2015. In 2016/17 season he won the title of French Champions and in July 2018 left for Atletico Madrid, who bought the talented winger for €70 million. The same year, he helped Atletico win the UEFA Supercup and won the World Cup with France.

In 2018/19 Lemar became one of the key members of Atletico, with 31 appearances across all competitions. Throughout 31 games, he scored two goals and added three assists and while his numbers were not exactly spectacular, nor did he manage to impress with what he has shown considering the high price tag he had when Atletico bought him, his contribution to the team and his potential did not go unnoticed.

It was said that Arsenal were previously interested in signing Lamar in the summer of 2017 when he was playing for AS Monaco. Back then Arsenal saw Lemar as a replacement for Alexis Sanchez amid links to Man City. In the end, however, Sanchez decided to stay at the Emirates and the deal did not come through. That being said, it was reported that Arsenal still made a €100 million bid, which was rejected.

Since Wegner stepped down as the head coach fo Arsenal, the interest in Lemar disappeared, which allowed Atletico Madrid to swoop the French player for about €70 million. While there are speculations Arsenal might be looking to make another move, since Arteta took over, it’s fair to expect the Gunners will instead look to add more defensive players, as they already possess enough quality in the attack as it is.

Tottenham have been the first team to make a move for Lemar, however, are looking to make a loan deal instead of purchase due to the lack of funds they have for this transfer window.

Another club that surfaced as very keen to sign the young French player were Chelsea, who are reportedly looking to sign Lemar as an alternative to Wilfried Zaha. As it was reported, Chelsea have made a €60 million offer, which is far below the €95 million price tag set on Zaha. Furthermore, Lemar would be a perfect replacement for Pedro, who is set to leave this month or at the end of the season. While there are as of now two teams keen on signing the youngster, it was said that Chelsea are in a much better position, despite Tottenham making the first offer.

There is, however, still a chance another club could make a move and come out ahead of the two English clubs. Considering both Chelsea and Tottenham are looking to receive Lemar on loan before deciding whether he is worth the purchase, a direct offer from another team could end the saga.

That being said, there were no reports of other teams’ interest as of today, but considering the transfer window will remain open for three more weeks, a lot can change, and we just might see Lemar another club by the end of January, that is, if Atletico will be prepared to let go of the talented youngster.