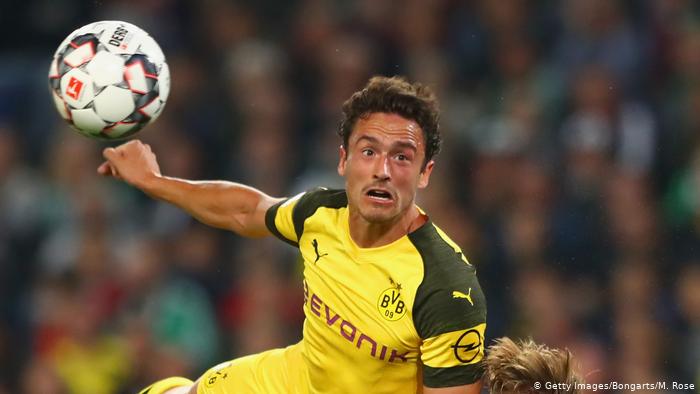 Thomas Delaney, 29, has impressed Denmark in the ongoing Euro 2020, helping his nation advance to the quarter-finals where they’ll face the Czech Republic on Saturday. So, there are no surprises to see some interested parties from England tracking the Borussia Dortmund man, whose dream is to play in the Premier League.

The Danish midfielder has featured 86 times for Dortmund since moving from Werder Bremen in the summer of 2018 and collected his first major trophy with the club by lifting the DFB Cup at the end of the 2020/21 campaign.

Delaney is set to enter the final year of his contract at the Signal Iduna Park and the Bundesliga club would like to cash him in this summer rather than losing on a free transfer. Along with Southampton, Crystal Palace and Norwich City remain keen on his signature. However, there have not been any concrete proposals for the 29-year-old so far, and talks will only take place after the end of Denmark’s Euro 2020 campaign.

Meanwhile, Southampton have confirmed the departures of Wesley Hoedt, Angus Gunn and Kayne Ramsey so far this summer, with the latter joining Crewe Alexandra on a season-long loan. They are yet to make their first signing of the summer transfer window but are believed to be close to seal the deal for Brest defender Romain Perraud.

Southampton were utterly disappointing in the second half of last season and finished 15th on the table. Injuries to a host of key performers was the main reason for their downfall, whilst suspensions also hitting Ralph Hasenhuttl’s side hard at times.

To put things straight, Ralph Hasenhuttl’s wish to play a high-octane, attacking style of football calls for a bigger squad at Southampton next season. Having conceded an alarming 68 goals in 38 games, including a 9-0 drubbing at the hands of Manchester United at Old Trafford back in February, reinforcing the backline stands as a no-brainer for Hasenhuttl.

In addition, the Austrian boss should also address the problems in his midfield department. James Ward-Prowse and Oriol Romeu formed a strong partnership that was crucial in the early season form that the Saints showed in 2020/21, but the latter’s injury disrupted the system and forced Hasenhuttl to make changes in his midfield.

Ibrahima Diallo showed flashes of his potential but he needs time to fully adapt to the demands of Premier League football. Even with Will Smallbone set to return to provide cover after his knee injury, Southampton certainly need more squad depth in midfield.

Thomas Delaney would be a good fit at St. Mary’s Stadium

Thomas Delaney has proved himself over the last few years as a reliable defensive midfielder in the Bundesliga. However, he lost his place in the Dortmund starting XI under former interim head coach Edin Terzic towards the end of last season.

A defensive midfielder by trade, the Denmark international’s addition would give the Saints midfield stability and experience. Delaney’s energy and work-rate suit Hasenhuttl’s high-intensity pressing game, while his ability to pick out a pass could give the Southampton manager a more dynamic option than Romeu in midfield.

The Dortmund star certainly fits the bill at St. Mary’s Stadium, and with him having a solid Euro 2020 tournament, Delaney has shown that he has the quality to deliver at the top level.