Newcastle United have been offered the chance to sign Manchester United defender Eric Bailly as a cut-price alternative to Lille star Sven Botman. 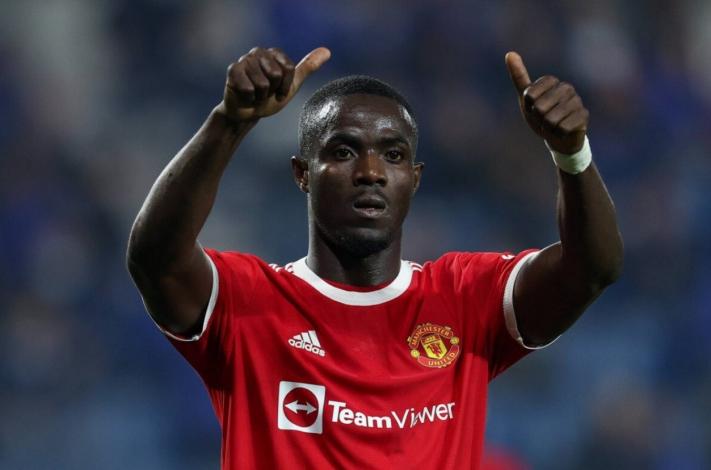 Sven Botman is Newcastle United’s no.1 summer target, as Eddie Howe looks to improve his squad’s defensive unit following a poor last campaign. However, the Toon Army are believed to be struggling to agree on a deal with the Dutch defender, with Serie A champions AC Milan also in the hunt for his signature.

This has seen Eric Bailly emerge as a possible alternative to Botman for Newcastle. Bailly, 28, has been linked with an exit from Manchester United in the current transfer window.

The Ivory Coast international made just seven appearances for the Red Devils during the 2021/22 campaign, with only four of those outings coming in the Premier League. He fell down the defensive pecking order at Old Trafford following the arrival of Raphael Varane from Real Madrid last year, and with new manager Erik ten Hag drawing up his list of summer targets, there is every chance of the 28-year-old further becoming a peripheral figure.

Bailly still has more than two years to run on his deal at Manchester United, with the option of a further 12 months. Having seen his game time reduce considerably in the last two campaigns due to a combination of inconsistency and fitness problems, he is understood to be keen on securing a move away from Old Trafford this summer.

Ten Hag is ready to let Bailly go for a cut-price deal and it has been suggested Man United would now accept a paltry £8.5m fee for him, with Ligue 1 sides Lyon and Marseille showing interest. The Ivorian centre-back would join the likes of Juan Mata, Paul Pogba, Edinson Cavani, Lee Grant and Jesse Lingard who have all left the club this summer.

Meanwhile, Newcastle are yet to bring in a fresh face so far in this transfer window, having only managed to turn Matt Targett’s loan move from Aston Villa permanent.

Should Newcastle take a gamble on Eric Bailly?

Newcastle United may be one of the wealthiest clubs in world football but they are still far away from being a top attraction for players. The Magpies have been linked with a number of players, including Sven Botman, but are finding it difficult to compete with Europe’s big guns due to a lack of European football.

Lille’s Botman is considered a top target for Eddie Howe but the defender seems keen on joining AC Milan. As there’s every chance of the Dutchman slipping away from Newcastle’s hands, should Howe go for his alternative target—Eric Bailly?

Bailly has endured a rocky time at Man United following his move from Villarreal in 2016. Unfortunate injuries and fitness problems have not helped him to reach his potential which he was expected to when arriving in the Premier League.

For Newcastle, assuming the Ivorian stays fit, it is clear where he would fit in. There is a desperate need for a strong and physical defender who is also adept at bringing the ball out from the back. Bailly is a no-nonsense defender with tough-tackling traits, but he isn’t great when it comes to building attacks from the defence. Add that to his problems of staying healthy over the last few years and it becomes too big a gamble for Newcastle to take.

But for as little as £8.5m, the Toon Army may decide to bite the bullet and hope the Bailly deal comes off in their favour.