Newcastle United are interested in the possibility of signing Chelsea starlet Billy Gilmour on loan this summer. 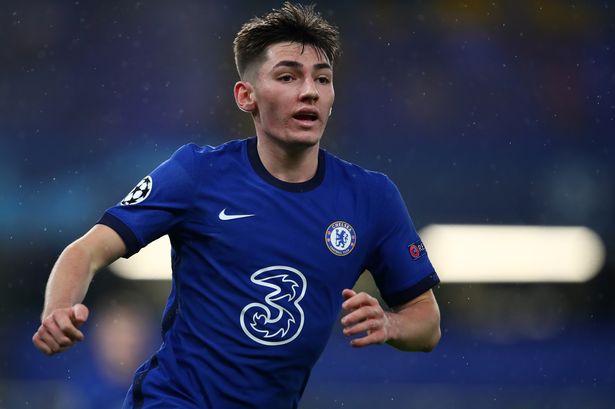 Billy Gilmour, 19, has struggled for game time under manager Thomas Tuchel, who will be keen on new signings to help Chelsea challenge for the Premier League title next season. The potential arrival of new signings will likely push the 19-year-old central midfielder further down the pecking order.

The Blues have shown no desire to permanently offload Billy Gilmour any time soon, but given his age, talent and lack of game time he’s had in the past campaign, a loan move away from Stamford Bridge is imperative.

For now, Newcastle United want to sign Gilmour on loan after the success they had with Joe Willock. Willock joined the Magpies on loan from Arsenal in January and became an instant hit within the St. James Park faithful. Under Steve Bruce, the midfielder thrived netting on his debut against Southampton before embarking on a record-breaking run—seven goals in seven consecutive games.

Willock’s goals and fine form proved vital in the end, as Newcastle finished 12th in the Premier League table.

Newcastle must back Steve Bruce in the transfer market

Newcastle endured a terrible first half of 2020/21 season with just two wins in 19 games that saw Steve Bruce criticised left, right and centre. Come the second half of the campaign, with the loan arrival of Joe Willock and the return of Allan Saint-Maximin from injury, the Magpies slowly surged up the table and respectably finished 12th.

Credit where it is due to Steve Bruce for avoiding relegation, as that would have been an abject failure. Now is the time for the Magpies to back the 60-year-old in the transfer market in order to realistically challenge for a top-10 finish and embark on a serious cup run next term.

The Magpies need 3-4 quality players in the summer

Scoring goals was a big problem with the Toon Army managing just 46 in 38 games. They were over-dependent on Callum Wilson for a regular supply of goals and that must change next term if the Magpies are to really progress.

Furthermore, they also could do well with a central midfielder who can link the midfield and attack. Beyond the likes of Jonjo Shelvey, Isaac Hayden and the Longstaff brothers, Newcastle lack depth in the central midfield area. That said, the Magpies’ interest in Billy Gilmour certainly strikes the right chords.

Gilmour is a highly-rated talent who just didn’t play a lot of games for Chelsea this past season, which is understandable as he is just 19. Yet, he is in the formative years of his career as a professional footballer and must start playing regularly from next season to fulfil his real potential.

The midfielder has been called up to the Scotland squad for the upcoming Euros, where he’ll compete with some of the top players across Europe. Gilmour is capable of bringing an injection of energy and bite to the Newcastle side, whilst adding competition to Bruce’s current crop of midfielders.

Nevertheless, Newcastle could have their work cut out in convincing the young Scotsman to complete a temporary switch this summer.