Former Barnsley striker Daryl Dike is linked with a move to newly-promoted Norwich City with the summer transfer window has just begun. 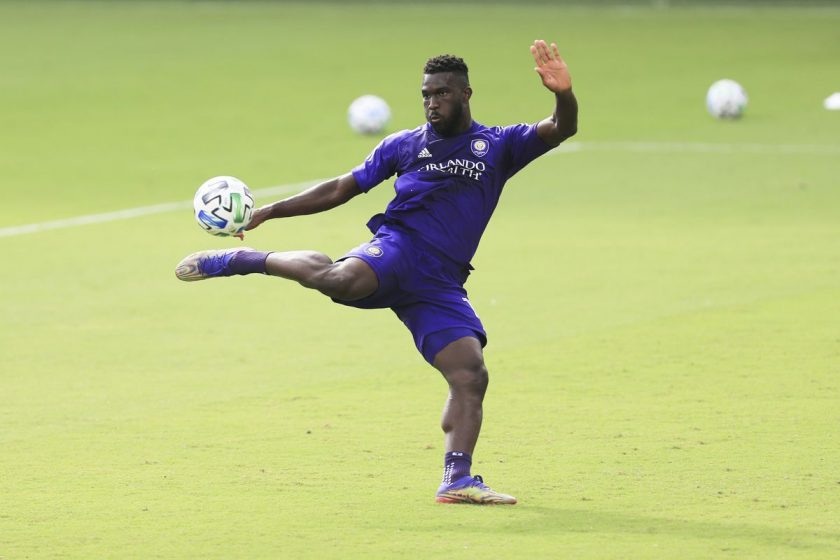 Daryl Dike, 20, was a revelation for Barnsley, scoring nine goals in 22 matches after joining on loan from US side Orlando City. He was one of the driving factors behind the Tykes’ unexpected play-off campaign, which unfortunately came to an end following the semi-final defeat to Swansea City.

Barnsley had the option in their loan deal to sign 20-year-old striker permanently at the end of the season, but after failing to earn promotion to top-flight, they decided to not activate the purchase option on Daryl Dike, who has since returned to Orlando City.

Dike’s performances in the Championship haven’t gone unnoticed, with a series of Premier League clubs as well as European outfits interested in securing his signature. Norwich City are one of those top-flight clubs linked with the forward having achieved promotion at the first time of asking under the management of Daniel Farke.

Norwich City must act smartly in the transfer market

The Canaries earned a staggering 97 points on their way to the Championship title this past season. Daniel Farke’s side are back in the top-flight after a season away and must prepare well for their survival this time around.

Norwich City have so far released Mario Vrancic and Jordan Thomas, while Alexander Tettey has joined Rosenborg on a free transfer after spending nine years in East Anglia. The likes of Oliver Skipp and Xavi Quintilla have also returned to Tottenham Hotspur and Villarreal respectively following the expiry of their loan spells.

While the Norfolk club are set to sign defenders Ben Gibson and Dimitris Giannoulis permanently following their promotion, Farke needs to do a lot more in the summer transfer window which has just started.

The German tactician should get his recruitment spot on to help his club survive in the Premier League next term. Having released a couple of experienced players, Farke must fill in the gaps in his squad with the right sort of additions.

The Canaries must take the pressure of Teemu Pukki

Teemu Pukki was one of Norwich’s few bright sparks in an otherwise disappointing 2019/20 Premier League campaign which ended in relegation.

Pukki was the Canaries’ only regular source of goals, and while he did his job admirably well, the Norfolk club could have done better by providing the Finnish striker with more support up front—just like they did in the Championship this term by signing Jordan Hugill. However, Premier League football is a different kettle of fish altogether, and Norwich must definitely upgrade their options up front and provide Pukki with quality support and cover.

Will Daryl Dike be a good fit at Norwich City?

To put things into perspective, Daryl Dike did a lot of good things with Barnsley in the Championship and his arrival at Carrow Road this summer would offer Farke with some much-needed quality in attack heading into the Premier League campaign.

Pace, power, physicality and most importantly, goals, Dike played very well in the Championship and demonstrated that he has the raw materials to excel in English football. The fact of the matter that he’s just 20 makes him a perfect fit in Norwich City’s recruitment model.

Dike is still in the formative years of his career and Farke, who has worked wonders with young talents at Carrow Road, will certainly fancy his chances of getting the best out of the hulky American. All in all, the 20-year-old forward could prove to be a shrewd acquisition for Farke’s Norwich if he manages to quickly get to grips with Premier League football.