A second-place finish during this season’s Premier League title chase was undoubtedly an improvement for Ole Gunnar Solskjaer but combined with a runner up medal in the Europa League final, it has become evident some fundamental squad changes need to be made. 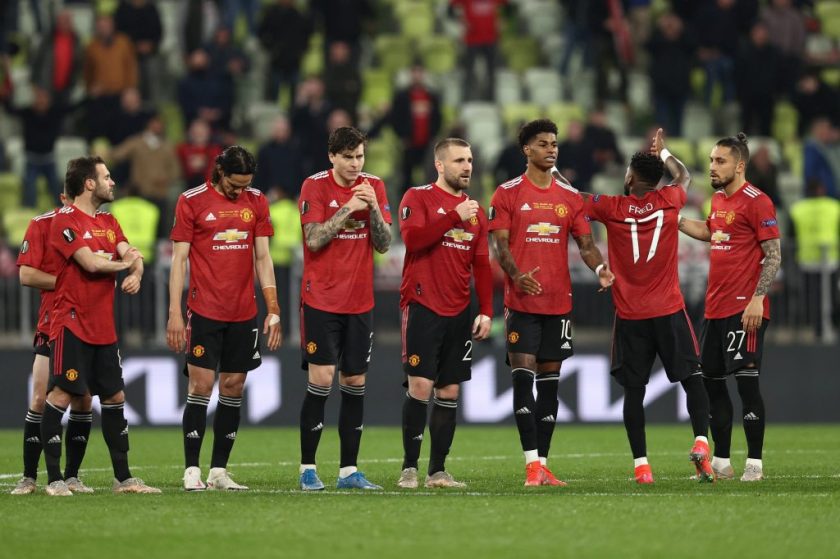 Manchester United have no choice but to look back on the season with instant regret in mind; failing to claim any form of silverware for a fourth consecutive campaign will radiate utter frustration throughout the club.

The red side of Manchester effortlessly reached the Europa League final and was looking in a good position to raise the trophy after finishing second in the Premier League – their highest domestic finish in three long years.

But their opportunity to reverse their trophy drought was crushed at Unai Emery’s hands and his Villareal squad. An 11-10 penalty shootout in Gdansk handed the former Arsenal boss his fourth Europa League title in eight years.

The current squad at United is fuelled with a youthful buoyance, but perhaps the inexperience was a downfall to Solskjaer’s success this term. The capture of Bruno Fernandes should give the Glazers confidence in spending money this summer, but the doubts are still theirs if they allow more than one-star signing.

Solskjaer has already made it known that investment is needed to catch up with their rivals Manchester City.

“If you want to take up the challenge with them, of course, we need to strengthen our squad,” Solskjaer told BT Sport.

“Congratulations to them. They’ve had a fantastic season.

“I’m very pleased with my boys because they’ve made it into the last ten days of the season with a Man City team ahead of us that is lauded as the best in Europe.

“We’ve done well, but we want to take the next step, and it might be that we need a couple more to have a stronger squad.” 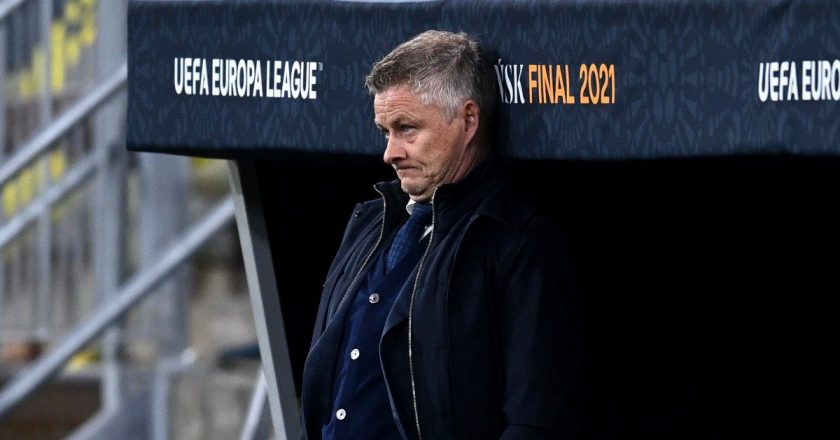 Solskjaer was questioned during a post-match press conference if he knows the areas he wants to improve his squad on; he said: “That’s a long process, and we know what we want to do.

“First of all, congratulations to Man City for winning the league, very worthy champions. We’ve got to hold our hands up and say that.

“But that’s where we want to be, and we’re not there yet. They’ve put the bar where it is, and that’s up to us now to take the next step.”

In an ideal world, the strongest three links would all sail into Manchester without a hiccup.

Raphael Varane, Harry Kane, and Jadon Sancho have all been heavily linked with a move to Manchester United, considering Solskjaer is in the market for a centre-back, a winger, and a striker – these three would be perfect.

With that said, these three superstar players would cost a considerable lump sum and asking prices could rise from the estimated current price tags. Although we don’t have Premier League Odds on these potential moves, we know the money region. It could potentially cost the Red Devils to bring these men on board.

Tottenham’s Daniel Levy has made it known that Harry Kane would cost £200 million; Jadon Sancho has dropped in value since last season but would still bring around £80 million.

The least likely to depart with his club is Raphael Varane, his partner in defence Sergio Ramos has been hinted at a departure this season, and we shouldn’t expect Real Madrid to give up on both their top defenders.

Other names are floating around the red side of Manchester, including Erling Haaland, Kieran Trippier, and Pau Torres.

United must utilize the transfer window this summer to maintain momentum heading into next season’s campaign. There’s no denying the improvements that have been made over the previous twelve months. Still, this season has also proved the product is not finished – a centre-back, winger, and striker can complete the puzzle of de-crowning Manchester City.

A right-back, central midfielder, and even a new goalkeeper wouldn’t be a bad idea either. But I think we’d be pushing our luck to expect the Glazers shelling out for all those positions. The coronavirus has presented financial impacts, which therefore makes any of the signings we’ve discussed questionable. Can the budget even stretch to cover the priority positions?

The answer for United’s transfer woes could be to rely on selling the deadwood; United have many highly valuable players who aren’t providing the assistance that was initially expected. With the likes of Juan Mata and recent signing Donny van de Beek providing little input of late, these types of releases/sales could boast the United potential for fresh talent.